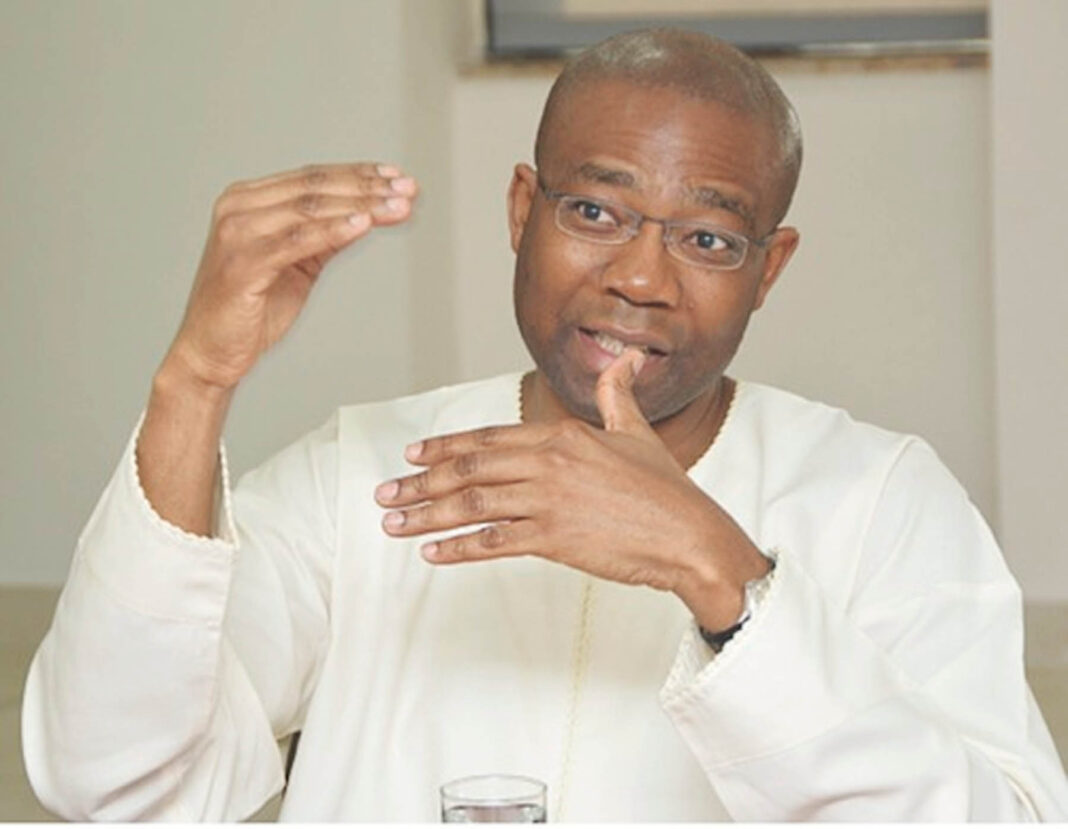 As nations around the globe race to provide vaccines for citizens to combat the COVID-19 virus, leadership will be paramount in the effective distribution of the vaccine in Nigeria.

Mr. Aigboje Aig-Imoukhuede a banker, business leader, and Founder/Chairman of the Africa Initiative for Governance (AIG) said this in a conversation on national issues hosted by the Emmanuel Chapel, Methodist Church, Lagos.

According to him, there are four (4) conditions for a nation to achieve development which include;

Citing global statistics Mr. Aigboje Aig-Imoukhuede decried the fact that Nigeria was the fourth worst place for a woman to give birth.

He acknowledged that Nigerians and Africans in the diaspora through their ingenuity, hard work, and creativity have constituted the bedrock of many health systems around the globe from Asia, America, Middle-East, Europe to Australia.

Speaking further, he argued that transformational leadership was vital to strengthening the health system and also ensuring that the country navigates the COVID-19 pandemic, especially with concerns of a second wave that could adversely affect socio-economic stability.

From the Federal, State, and Local Governments he stressed that transparency, accountability, and effective execution mechanisms would help to manage the distribution of COVID-19 vaccines nationally.

At the moment countries like the United States of America, the United Kingdom, China, India amongst others have approved vaccines with distribution plans for their citizens.

The United States in partnership with Pfizer & Biontech received the first batch of 100m doses of the COVID-19 vaccine, while the United Kingdom working with Oxford University & Astrazeneca has seen more than 130,000 citizens vaccinated.

In a recent interview on TVC News the Director-General of the Nigeria Centre for Disease and Control (NCDC), Dr. Chike Iheakwazu, said the Federal Government was working out modalities to receive and distribute about 40m vaccines across the country.