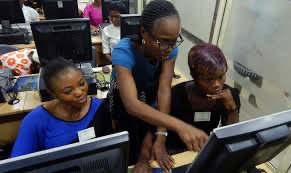 Educationists observe that few female students engage in Science, Technology, Engineering and Mathematics (STEM) in learning institutions across the country.

According to them, females only account for 13 per cent of roles in engineering and 25 per cent of computer and mathematics.

This is because, they note, many girls may be interested in mathematics and science but eventually lose interest due to lack of encouragement.

They call the attention of the public to somewhat staggering ratio of females to males involved in mathematics and science departments in tertiary institutions.

They also insist that it is fundamental development for women and girls to have equal access to education at all levels and acquire relevant skills, particularly in STEM-related fields.

They, therefore, call for the need to renew the educational systems to represent the interests and needs of men and women.

But some scholars note that the assumption may not be absolutely correct, adducing some reasons for lack of female representation in science and suggest ways educators can keep girls interested in mathematics and science.

Miss Tonia John, a junior secondary school student in Class 2, says poor marks, test results, or negative comparisons to peers or siblings are some reasons for her negative view of mathematics.

“Sometimes, all it takes is one successful project to give a girl the encouragement she needs to find her passion in mathematics or science; some toys for young children can aid in kindling an interest in science.

“Introducing a positive role model of the same gender to young girls can keep them interested and have a life-long impact on their career paths.

“Again parents and educators should encourage girls to defy the stereotypes that mathematics and science are only for boys.

“Like any subject, if girls are struggling in mathematics and science, teachers should help them work through their struggles.

“This can mean playing an active role in helping them better understand these subjects. Just because a female student finds the subjects difficult is not a reason to move away from the field entirely,’’ he explains.

According to him, working through challenges is part of the learning experience and confidence plays a large role in a girl’s success in science and mathematics.

Corroborating Olatunji’s view, Mr Godwin Pius, an educator in a secondary school, notes that “mathematics anxiety’’ starts at a young age but it may be tackled with proper processes.

Pius says that girls tend to be more affected by “mathematics anxiety’’ than boys, noting that teachers and parents may play roles in a child developing the “fear for numbers’’.

He says while mathematics is often considered a hard subject, not all difficulties with the subject result from cognitive difficulties.

According to him, many children and adults experience feelings of anxiety, apprehension, tension or discomfort when confronted by a mathematical problem but every child’s “mathematics anxiety’’ may be different.

The educator, further advises that children should explore career options early, saying that often, kids in elementary and high school are unaware of the myriad career options that will be available to them as adults.

Pius notes that many of the careers will require a broader background in subjects they may not have considered or cultivated an interest in.

“But if they are able to explore career interests early, they can better prepare for them by taking classes they might have avoided otherwise.

“A student may want to be a doctor or a veterinarian, for example, but not be aware of the important role that science will play for such careers,’’ he says.

He further says that science and mathematics are not gender-specific fields, yet girls seem to turnout natural tendencies toward these subjects.

“We can change their attitudes towards mathematics and science by offering them encouragement, role models, and opportunities to learn, tapping into their innate scientific and mathematical skills,’’ he observes.

However, Dr Steve Oluwaniyi, Acting Coordinator, Mathematical Sciences Education Programme at the National Mathematical Centre (NMC), says that in some cases few girls do much better than the boys.

He says that the only thing needed is a little encouragement so as to reduce the “phobia’’ in leaning mathematical sciences among the girls.

He further says that the centre organises mathematics competition only for girls and other programmes just to ensure that the girls compete favourably with the boys.

“From our observations, girls are doing very well some times more than the boys.

“It has been a very wrong notion that boys do better than girls in mathematics; a lot of researches have been carried out and some of them proved otherwise.

“I also believe that when we give adequate attention and equal opportunity to both; the girls will equally be at per with their boys’ counterpart.

“You know, by nature, girls feel timid and the boys bold, the boys express themselves not minding if they will fail but girls are always afraid of failure,’’ he observes.

He advises that women, who are already successful in STEM education, should mentor and encourage the younger ones.

He says associations such as Nigerian Women in Mathematics, should go round and encourage others so that the younger women and girls will develop interest in STEM education.

“Also there is need for adequate counselling at both the school and family levels; the teachers at the school level must ensure that their teaching techniques are in such a way that it encourages the girls to have interest in the learning,’’ Oluwaniyi explains.

Stakeholders are of the view that teachers and parents need to be aware that their own anxiety may influence their students’ or children’s “mathematics anxiety’’.

According to them, gender stereotypes in STEM Education may as well contribute to poor performance in sciences among students.(NANFeatures)