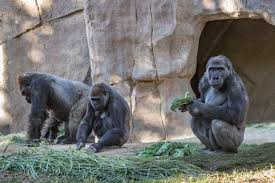 San Francisco (U.S.), Jan. 12, 2021 Gorillas at the San Diego Zoo in California have tested positive for the Coronavirus (COVID-19) and are now being kept in quarantine together, the zoo said on Monday.

After two gorillas began coughing, faecal samples were tested and the tests indicated an infection.

The zoo said that it could not be ruled out that other animals in the group were infected.

“Aside from some congestion and coughing, the gorillas are doing well,” said Lisa Peterson, the zoo’s executive director.

The zoo said it was the first known transmission to great apes, and it was unknown if they would have a serious reaction.

The animals are believed to have contracted the disease from an asymptomatic employee despite safety precautions taken by the zoo.

The facility has been closed to visitors since December.