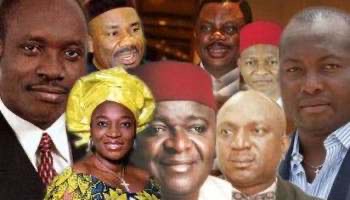 According to the timetable, the election will hold on Nov. 6, while conduct of party primaries and resolution of issues around it will hold from June 10 to July 1.

Also, submission of candidate forms by parties will end on Aug. 6, while campaigns will commence on Aug. 8 and end on Nov.4.

In a swift reaction, Chief Ndubuisi Nwobu, Chairman of the Peoples Democratic Party (PDP) in Anambra told journalists that the timetable was long awaited.

Nwobu said it did not come to the party as a surprise as it had been ready all along.

According to him, INEC has the constitutional powers to issue guidelines on election and that is what it has just done.

“We are comfortable with the timetable, it has not come to us as a surprise, if the date had come earlier than that, we would not have had any issue because we have been doing our work,’” he said.

On his part, Chief Basil Ejidike, Chairman of the All Progressives Congress (APC) said his party welcomed the timetable with delight.

Ejidike said the APC was now strong and united more than ever.

He said that the party had no misgivings about their chances in the election because it had identified its fault lines in previous election and was working on them.

“It is not a surprise to us, INEC made it known before now that the election would come up in November, we have been getting prepared.

“We learnt our lessons from what happened in the past and I want to assure that it will not happen again.

“Before now, we are like a house divided but this time, no one will be left behind, we are going into the election as one body,” he said.