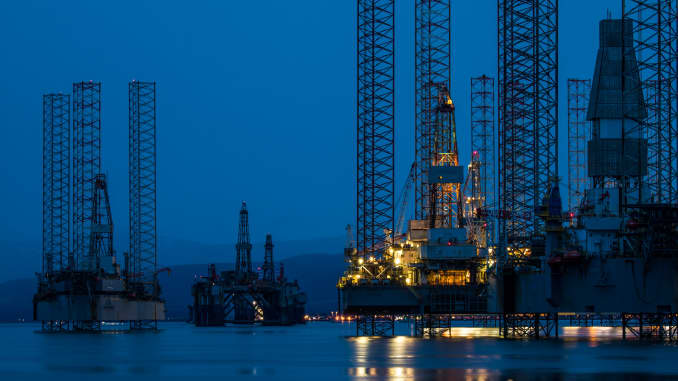 Oil prices were up on Monday as fears that Chinese oil crude consumption is slowing overshadowed rising optimism about COVID-19 vaccinations and a U.S. economic stimulus package increasing fuel demand.

“One negative is more and more talk about Chinese oil demand maybe faltering, that they bought all the oil that they’re going to need for a while,” said Phil Flynn, senior analyst at Price Futures Group in Chicago. “There’s some talk that their strategic reserves are filled up, and so some people are betting against the Chinese continuing to drive oil prices.”

Support for the market came from rising COVID-19 vaccinations stirring up economic activity along with a $1.9 trillion coronavirus-related relief package passed by the U.S. House of Representatives on Saturday.

If approved by the Senate, the stimulus package would pay for vaccines and medical supplies, and send a new round of emergency financial aid to households and small businesses, which will have a direct impact on energy demand.

Outside of China, some manufacturing data was positive, helping to keep prices from moving lower. German activity hit its highest level in more than three years and Euro zone factory activity raced along, driven by rising demand.

OPEC oil output fell in February as a voluntary cut by Saudi Arabia added to agreed reductions under a pact with allies, a Reuters survey found, ending a run of seven consecutive monthly increases.

The Organization of the Petroleum Exporting Countries and its allies, a group known as OPEC+, meet on Thursday and could discuss allowing as much as 1.5 million barrels per day of crude back into the market.

“There is a large amount of speculative money in oil at the moment, so they will want to avoid any action that will see (those investors) running for the exit,” the analysts said.