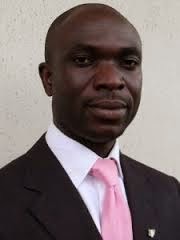 By Rukayat Adeyemi
Lagos, March 2,2021 The Governing Board of the Nigerian Council of Registered Insurance Brokers (NCRIB) on Tuesday approved the appointment of Mr Tope Adaramola as the Executive Secretary/Chief Executive Officer of the Council.

A statement released by the council in Lagos stated that Adaramola would take over from Mr Fatai Adegbenro, who retired from the Council in May .

Adaramola is currently the Deputy Executive Secretary of the Council and joined the NCRIB in 2004 as the pioneer Public Relations Manager.

A 1989 graduate of Political Science and Industrial Relations (MILR) from the University of Ibadan, Adaramola had earlier worked as a reporter with Ogun Radio, Abeokuta.

He served as Press Secretary to the Government House, Ogun State between 1991 and 1998, where he joined the Nigerian Insurers Association (NIA) in 1998 as the second public relations professional to be engaged by the association.

While in the council, Adaramola rose meteorically through the ranks and availed the entire industry his expertise in public relations and public speaking for which he was renowned.

He also avails the industry of his writing prowess as member of the editorial team of the Chartered Insurance Institute of Nigeria and the NCRIB and served on several industry committees, including the Insurance Industry Consultative Council (IICC).

He was the pioneer Secretary of the Insurance Industry Image Committee.

The new Executive Secretary is a product of the European School of Protocol, a member of the Chartered Insurance Institute of Nigeria (CIIN) where he obtained professional certificate in insurance .

Adaramola has attended several courses and trainings in insurance, leadership and management in Nigeria, Malta, USA, Canada, UK, South Africa and the Gambia.

He is expected to bring his rich social capital and leadership skills to bear in directing the affairs of the council as the head of the Secretariat.