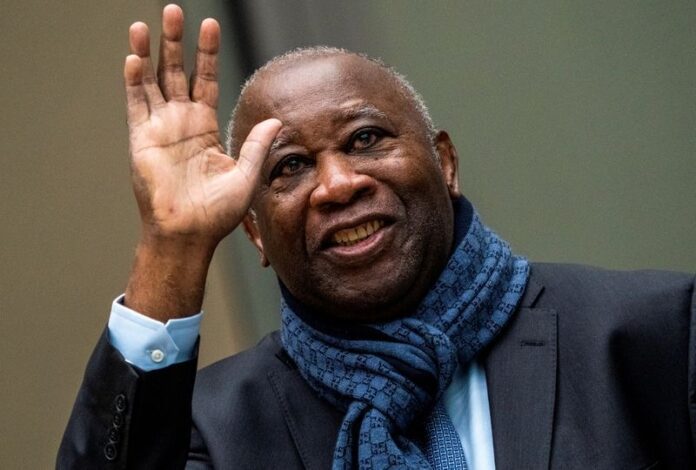 Ouagadougou, March 3, 2021 Former Ivorian President, Laurent Gbagbo, announced on Tuesday that he is considering returning home after a 10-year absence following his acquittal by the International Criminal Court (ICC).

“After 10 long years of absence from the country and following my acquittal by the ICC, I will soon be with you,” the former Ivorian head of state said in a statement.

Mr. Gbagbo paid tribute “to all the victims, to all those who lost their lives in the struggle for democracy in our country.

“With my return, I intend to take my place in the process of national reconciliation and contribute to the restoration of the bonds of fraternity, conviviality and solidarity that have always characterised our people,” he said.

The statement comes four days before the legislative elections in Côte d’Ivoire.

“I urge all our citizens to cast their votes massively for our candidates in the electoral districts where we are either alone or in alliance with the PDCI-RDA,

The Democratic Party of Cote d”Ivoire–African Democratic Rally),” he said.
Former President Gbagbo, who is on parole in Belgium after his acquittal at first instance by the ICC, is due to return to Cote d’Ivoire in mid-March, his party announced at a press briefing in late February