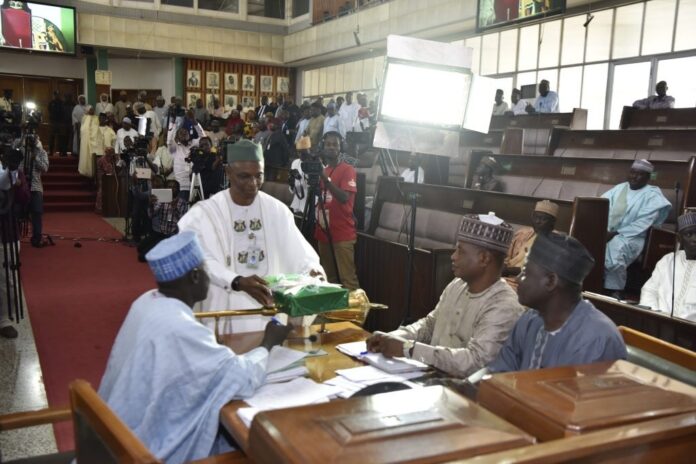 by Philip Yatai
Kaduna, March 3, 2021 The Kaduna State Government has begun preparations for the 2022 budget and promised to open more spaces for citizens to engage in the process.

Mr Idris Suleiman, Director Budget, Planning and Budget Commission stated this in an interview with newsmen in Kaduna on Wednesday.

”Kaduna State has over the years been operating an open budget system for citizens to engage the process, make inputs and monitor its implementation, in line with Open Government Partnership,” he said.

He said that the 2022 budget would not be different, adding that the state would open the spaces further for a robust citizen’s engagement and ownership.

“We are currently working on the Medium-Term Expenditure Framework (MTEF) and we hope to conclude by the second quarter, to determine the expected revenue that will inform the budget.

“The MTEF considers the global economic outlook: oil price in the international market, interest rate, inflation and other aggregate that will give us a clear picture of the economic situation globally.

“This global economic outlook will help us to come up with a realistic revenue that will inform the 2022 budget.

He said that the commission would engage Civil Society Organisations (CSOs) and other relevant stakeholders by April, so they could see what we have articulated in the MTEF document.

He said that engagement would enable the CSOs and stakeholders make necessary observations and inputs before the document would be finalised for use in developing a realistic budget.

“This will help us get a clearer picture of the global economic situation and provide a benchmark that is closer to reality for the budget to be implemented as planned.

“The revenue and expenditure defence will be conducted in the third quarter, while the budget will be passed and signed into law in the last quarter of 2021 as always.

“We have a timeline for each activity, and we will make sure that all the timelines are followed judiciously to achieve the set target,” the director said