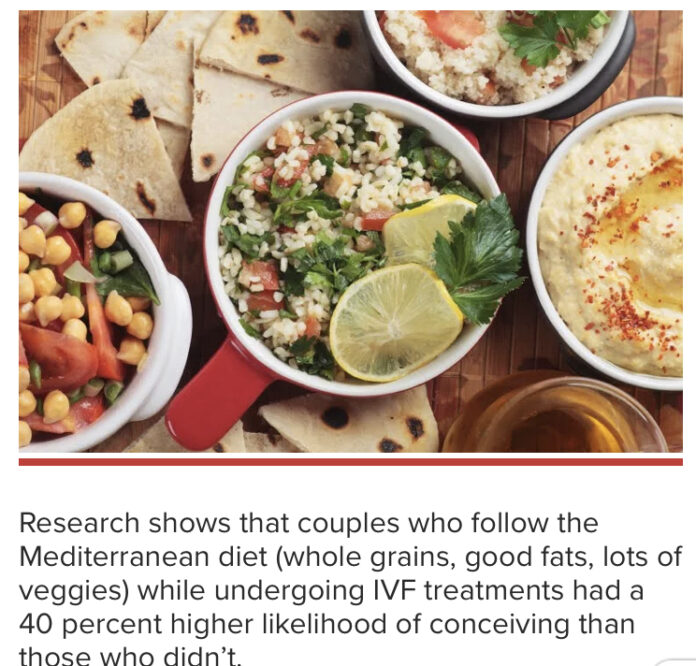 Sperm counts in Western countries have dropped by more than 50 percent since the 1970s. At the same time, men’s problems with conceiving are going up: Erectile dysfunction is increasing and testosterone levels are declining by 1 percent each year.

Dr. Swan should know — she’s been researching fertility for thirty years. She studied a miscarriage boom in Santa Clara, Calif., in the 1980s, which she eventually linked to toxic waste dumped into the drinking water by a local semiconductor plant. She moved on to sperm rates in 1997 and they’ve been her “canary in a coal mine scenario” since. In 2017, she sounded the alarm with a meta-analysis of 40,000 men that showed that sperm count fell a whopping 59 percent between 1973 and 2011.

We are already seeing the effects. Worldwide fertility has dropped by 50 percent between 1960 and 2015. The United States has a total birth rate that is 16 percent below what it needs to replace itself. Though there are obvious factors at play (couples are conceiving later and opting to have smaller families), Swan argues that the issues run deeper than personal choice.

Rates of miscarriages are on the rise and girls are experiencing earlier and earlier puberties (in some cases before the age of 8). “In some parts of the world, the average twenty-something woman today is less fertile than her grandmother was at 35,” Swan writes.

It’s no wonder then that the assisted reproduction technology market is worth about $21 billion and is projected to increase by 10 percent annually until 2025.

Still, fertility issues have been focused on women for too long.

“If women want to have a baby, they are often told, ‘Clean up your act,’ ” Swan writes. “But it’s probably more important for men to do so.”

As a result, prescriptions for testosterone replacement therapies doubled between 2010 and 2013, according to Forbes, but there was one troubling side effect: “90 percent of men can have their sperm counts drop to zero while they’re on it,” Swan writes.

Sexual desire has followed a similar path. “A massive sexual slump is underway, due to declines in people’s sex drives and interest in sexual activity,” Swan writes. Men now seek help for erectile dysfunction on average seven years earlier than they did in 2005 and 26 percent of men who deal with it are under the age of 40.

On the more extreme end of things, there have been overall increases in genital abnormalities, including higher documented rates of undescended testicles and unusually small penises. These issues have been mirrored in the animal kingdom. Baltic gray seals have reduced reproductive abilities, polar bears have smaller genitals and lower-than-average testosterone levels, and alligators, panthers and minks have all shown increases in reproductive and genital abnormalities.

So, what is going on?

Many of us simply eat too many things that are not good for us, move too little, drink too much alcohol, and engage in habits that are actively hindering our reproductive abilities, Swan writes.

But other things are out of our control.

Swan points to the plastics and chemicals in our immediate environments, compounds that disrupt the hormonal systems of both men and women and make it harder to reproduce. One example sShe cites, for example, phthalates — near ubiquitous chemicals that make plastic more flexible and cosmetics and beauty products better able to absorb scent. These chemicals have been linked to the decreased production of hormones, like testosterone, and “male reproductive outcomes,” according to a 2018 review of research.

Flame retardants found in mattresses and foam furniture also seem to alter the same hormones that cause infertility in men, according to a 2016 study in the Reproductive Toxicology journal. In addition, chemicals used as stain, water, and grease repellents in fast-food packaging, paper plates, and stain-resistant carpeting, among other household items, have been linked to a reduction in semen quality, testicular volume, and even penis length.

Pesticides also seem to have negative effects on male fertility. One herbicide in particular called atrazine, used to prevent certain weeds from growing in corn and sugarcane on lawns and golf courses, has been linked with lower sperm quality.

Infertility doesn’t just alter a man’s ability to make children, it also increases his mortality risk. Infertile men die younger than their infertile peers, according to a Stanford University study. Men with sperm concentration lower than 15 million per milliliter had a 50 percent greater chance of being hospitalized for any medical reason at all, and poor fertility has been linked with higher rates of diabetes, heart disease and cancers.

But there are some things we can do to help tip the scales.

The first step is to quit smoking, cut down on drinking, and maintain a healthy weight. Cigarette smoke is associated with reduced sperm count and increased sperm defects. Drinking heavily (more than 25 units per week) is also hazardous to sperm. (Interestingly, though, keeping to seven drinks a week seems to increase sperm production compared to those who don’t drink.)
high intake of full-fat dairy foods, especially cheese, has also been linked with greater sperm abnormalities. “These unfortunate effects might be due to the large amounts of estrogens in dairy products or to the presence of environmental contaminants such as pesticides and chlorinated pollutants in these products,” Swan writes.

In addition, men who eat a lot of processed meats (hot dogs, bacon, sausage, salami) tend to have lower sperm counts and a lower percentage of normally shaped sperm. The theory is that “the curing of meat produces chemicals . . . that can cause cancer and also damage DNA, including DNA in sperm,” writes Swan.

Research shows that couples who follow the Mediterranean diet (whole grains, good fats, lots of veggies) while undergoing IVF treatments had a 40 percent higher likelihood of conceiving than those who didn’t. Swan also urges people to buy organic to avoid pesticides and herbicides that may mess with male hormones, especially items that tend to be most contaminated, like strawberries, spinach, kale, apples and grapes. She also suggests that people avoid any animal product that is not organic and try to buy animal products labeled as “raised without antibiotics” or “no added hormones.”

“Count Down” by Shanna Swan
She also urges people to avoid cleaners and skin-care products that are antibacterial, and favor products labeled “paraben-free” and “phthalate free.” In addition, she urges ditching vinyl shower curtains, banishing air fresheners and using nontoxic household cleaners to dodge some of those hormone-disrupting chemicals. Swan also advises that dusting more dutifully will help relieve your house (and body) of a nasty buildup of chemicals. A 2017 study showed that 45 potentially harmful chemicals, including phthalates and flame retardants, were found in dust buildup in 90 percent of the homes sampled in one study in the United States.

The goal here is to be more proactive about our reproductive health.

“We can no longer afford to behave as though it’s business as usual,” Swan writes. “The time has come for us to stop playing Russian roulette with our reproductive capacities. It’s up to us to heed the message and take steps to protect our legacies.”