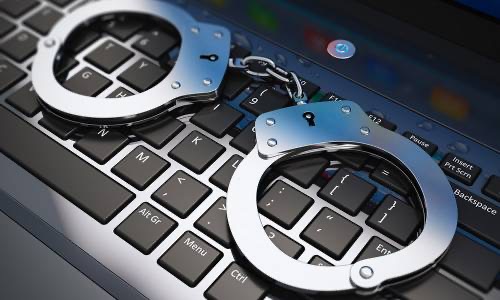 27-year-old SIM card hacker, Ayoola Olalekan, has said that he usually begged for God’s mercy before hacking into his victims’ bank accounts.

Olalekan, arrested by the Osun State Police Command and paraded alongside a robbery syndicate, said he never used charms or incantations.

According to Nation, Ayoola, who had been parading himself as a hip-hop artist, admitted being a hacker who withdrew money from his victims’ bank accounts using their SIM cards and bank verification numbers.

He said, “I dropped out when I was in Senior Secondary School, SS 2. My father took another wife, who was not treating me well, so I ran away from home. I then went to Lagos, where I was taught how to hack into people’s SIM cards and transfer money from their bank accounts.

“At a point, I went to learn aluminium, but I left the job to start this ‘Wire Wire job’ and it was paying me well. I got lots of money from the hacking job.

“I checked the phone but I could not find any contact and the Bank Verification Number (BVN) of the victim. I logged into the iCloud account, but I could not find any clue to hack the bank account until I logged into the phone owner’s email address, where I saw the BVN. I input the BVN in my hacking software and saw the person’s name, date of birth and address. I registered the account and I started transferring his money from his bank accounts.”

The suspect said N500,000 was the highest amount of money he transferred at a go since he started his crime.

“I go to pastors and alfas (Muslim clerics) to pray. I go to mosques and churches to pray for God’s mercy before I start hacking into my victims’ bank accounts to withdraw their money. I have never done a charm in a herbalist’s house. I don’t have an incision on my body. It is not easy to get money. I never did any charm to hack into people’s accounts.

“If I go to a church and a mosque and the cleric asks me for my requests from God, I tell them that all I need is God’s mercy. I have faith in God’s mercy,” he said.