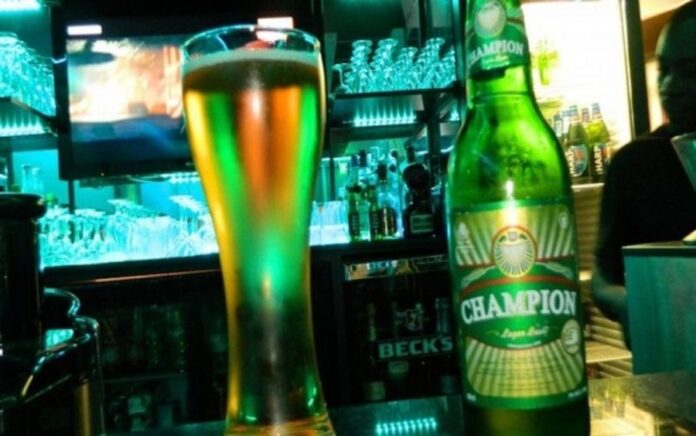 Heineken-backed Champion Breweries’ net income for 2020 narrowed by N9.72 million or 5.8 per cent as the burden of accumulated income tax weighed on the company’s profit.

Income tax expense rose nearly six times what it was in the preceding year, as it leapt from N38.070 million to N259.370 million, with deferred tax from past financial years making up N208.386 million of that sum.

Data from Champion Breweries annual report showed gross sales at N7.052 billion, translating to a 1.8 per cent jump over the N6.927 billion posted in the corresponding period of 2019.

Also eroding earnings, the cost of production of the beer maker deepened from N4.995 billion to N5.111 billion, while finance cost, that is how much the company spends on servicing short-term debt, grew to N25.313 million.

The brewer did not spend anything on such debt repayment liability the year before.

At N418.163 million, profit before tax more than doubled the figure for 2019, which stood at N206.578 million, its financial statement obtained by PREMIUM TIMES from the Nigerian Stock Exchange showed.

Heineken connection
Amsterdam-based Heineken has been picking shares in Champion Breweries, with its stake hitting 84.7 per cent in January. That has fuelled a frenzy for the company’s shares that has accelerated its share price by 113.95 per cent since the start of the year.

It also holds the majority interest in Nigerian breweries, the most capitalised brewer in Africa’s largest economy, where its own portion of ownership totals 3.041 billion shares or 37.94 per cent.

Heineken said last month it was looking to cut 8,000 jobs or roughly nine per cent of its global workforce as it steps up strategies to save $2 billion dollars in the three years to 2023 as the pandemic eats away at profit.

Shareholders fund little grew from N8.032 billion to N8.043 billion, representing an increase of 0.14 per cent.

Champion Breweries shares were up 9.78 per cent higher at N2.02 per unit in Lagos on Monday.