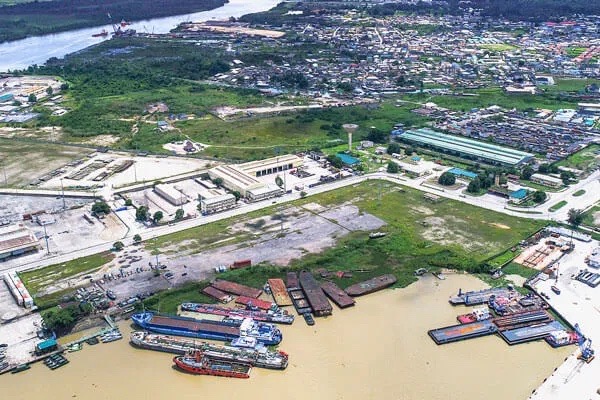 Lagos, March 12, 2021 Capt. Tony Onoharigho, President, Nigerian Institute of Shipping, on Friday urged the Federal Government to use the repatriated James Ibori loot to develop the three ports in Delta.

In an interview with newsmen in Lagos, Onoharigho said that developing the ports would bring about positive changes in Delta.

Naija247news reports that the United Kingdom recently signed a Memorandum of Understanding (MoU) to return to Nigeria, £4.2 million assets stolen by Ibori, a former Delta Governor.

The Attorney-General of the Federation and Minister of Justice, Mr Abubakar Malami, had disclosed that the Federal Executive Council directed that the £4.2 million should be deployed to complete the second Niger Bridge, among other projects.

According to Onoharigho, if the seaports in Warri, Koko and Sapele are developed, congestion in Lagos seaports will be eliminated.

“The cry about the state not being serviced with commodities, and the 40-40-10 cargo sharing system that we are pushing for, can be done from the local area.

“Any goods that will come from the south will go through Warri, Koko and Sapele, and those are the areas we have products such as timber that goes out for export.

“In the past, ships were coming to Sapele to carry logs to many countries.

“This can be actualised again if the ports are brought back to life, and this can be done with the repatriated money,” he said.

Onoharigho added that development of the ports would provide job opportunities for youths and others in Delta and reduce restiveness.

He said that the returned money would be of immense benefit to stevedores, shippers and ship owners.

“We know the money is much and the said ports have all facilities on ground.

“If the rivers are dredged and repairs carried out on the facilities, the ports will contribute to the development of the state and Nigeria as a whole,’’ Onoharigho said.