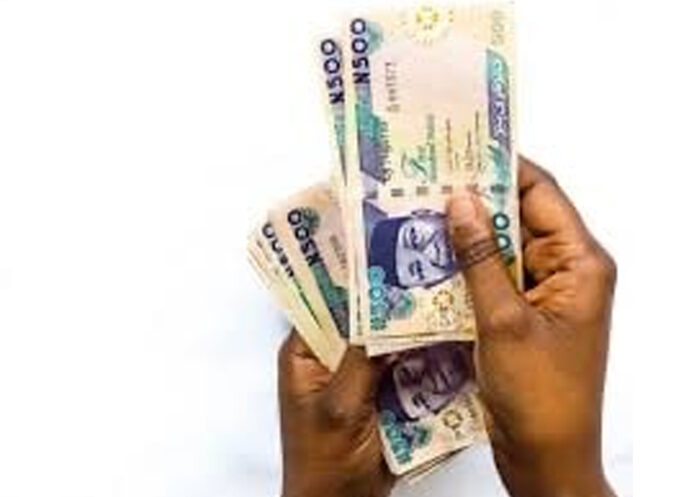 It is a familiar story: Nigeria has the potential but progress is not coming quickly. It has a huge economy and the continent’s biggest population, and yet South Africa has the biggest banks and Kenya leads the continent in mobile-money use.

The Covid-19 pandemic, with its twin forces of disruption and acceleration, is pushing actors both foreign and domestic to develop opportunities in the financial technology (fintech) space. The October announcement of the purchase of Nigerian payments company Paystack by global fintech giant Stripe for a reported $200m, MTN’s move into mobile money in Nigeria and banks’ drives to digitise their operations are all signs of things to come.

There is competition between the telcos, banks and standalone fintechs to innovate and grab market share for financial services. Nigeria is home to more than 200 fintech companies that have been raising more than $50m in funding per quarter recently. And in the country of more than 200 million people, 40% of the population remains unbanked, according to data from McKinsey & Company.

Nigeria’s banks are under pressure to stay relevant and to continue acquiring unbanked customers. The growth surge in the fintech sector means that some of the country’s big banks are investing in promising start-ups to avoid getting left behind.

“Top banks like Guaranty Trust Bank, Zenith Bank and Sterling are doing good work in the space. Providus as well. Many of these banks prefer collaboration with existing fintech players instead of competition, with the exception of one or two banks,” says Joachim MacEbong, a senior analyst at SBM Intelligence.

Nigeria has quickly risen to become one of Africa’s notable fintech hotspots, attracting capital from leading global investors and fintech players across the US, Europe and Asia, says Renaissance Capital.

According to McKinsey & Company, Nigeria’s youthful population, increasing smartphone penetration and a focused regulatory drive to increase financial inclusion and cashless payments have combined to ‘create the perfect recipe for a thriving Nigerian fintech sector.

Firms like Interswitch are providing the systems for a large chunk of the online transactions in Africa’s most populous country, and the recent acquisition of Paystack by Stripe indicates the potential for growth in mobile payments.

In most African countries, telecom companies have bigger customer bases than banks – one of the advantages that allow them to be dominant forces in mobile-money and other innovations.

Heavyweights like MTN Nigeria, which reported a 23% rise in fintech revenue in March this year, are gearing up their activities after years of complaining about the regulatory framework. Africa’s biggest telecommunications company says it plans on widening its fintech service offerings ‘from basic transfer service and airtime/data sales to a more extensive bouquet, including cash deposit and withdrawal services, bill payments and facilitating e-commerce’.

In January, the Central Bank of Nigeria rolled out a new policy that helps the banks compete more favourably. “It levels the playing field,” says Osaretin Victor Asemota, a tech investor, who sees the policy as “neither here nor there”.

The truth is, he continues, that “banks are much more scared […] as they are not ready yet. The cost structure in banks is the problem. Banks have much more overhead to deal with than fintech [companies] and they depend on the fee margin. Fintech is looking for market share while banking is looking for margin.”

The market is there though, in a country where much of the population remains financially excluded. “The worry bricks-and mortar banks could have concerns capturing the underbanked population,” says SBM Intelligence’s MacEbong. “The total number of bank verification numbers is only 44 million, so there’s a lot of room for growth.”

A platform for simple phones

He continues: “Nearly all the commercial banks are already involved in fintech in one form or another now, through their various apps with which they offer services to their customers. The major player now, however, is unstructured supplementary service data (USSD). The adoption of the platform is now higher than the use of mobile apps. USSD is used by all the banks, and not the fintechs.” Rather than using the internet or SMS messages, USSD uses short codes that operate on even the simplest of phones.

But who is earning the profits from the recent flurry of activity, and will it strengthen the financial ecosystem? While MacEbong sees local venture capitalists (VCs) as being “incredibly involved in the fintech space,” fintech operators like Ahmed Inuwa, a co-founder of AfriPay, says only a few local VCs are getting in on the action.

According to him, “most local VCs want to take over the startup with little investment that is below what a business needs to scale.”

Still, MacEbong says the involvement of investors like Endeavor Nigeria which already supports start-ups like Paga, Carbon and Flutterwave, make it so it’s not just a Silicon Valley game. “Having said that, more can and should be done by local investors regarding support for Nigerian start-ups,” he adds.

For Odunayo Eweniyi, co-founder and COO at PiggyVest, the important factor is risk appetite. “So the question I’ll ask back is will local VCs step up in that regard, or will they continue to let foreign VCs get enriched by believing more in these ideas? With the exception of a few VCs and notable angel investors, this question is very generally applicable,” she says.

It is hard to say how much of the payments ecosystem fintech represents at the moment. “The various players are keeping things close to their chests,” MacEbong says.

The market, however, is growing fast: “The value of bill-payment transactions has gone up around three times through the first nine months of this year,” he adds.

The way Eweniyi sees it, “the Nigerian fintech space seems like many players – and maybe it is – but generally it is still very young. And the share of the market that we’ve captured is made more significant by how new the ecosystem is. Paystack and Flutterwave now process a significant chunk of the merchant transactions in Nigeria; and for the unbanked, Kudi, Paga and OPay’s agent network are moving faster than any infrastructure.”

McKinsey’s report says: ‘The increase in fintech activity in Nigeria has already spurred incumbent banks to adopt new strategies to remain competitive, and the Covid-19 crisis has only made this imperative more urgent. At this time, banks could consider not just competing in concentrated pools, but collaborating in new, blue-sky spaces with fintechs to grow the pool.’

The pandemic has accelerated changes in consumer behaviour, and fintechs are positioned to plug the gap left by traditional banks, creating new products and services that add value to consumers and support them during challenging times. It is now, more than ever, very important for the traditional banks to ‘transform into agile and customer-centric organisations by embracing technology, if they are to remain appealing and competitive in a shifting landscape,’ the consulting firm argues.

Some fintechs want to give banks a run for their money rather than offer complementary services. In November, mobile-only bank Kuda announced that it had raised $10m in a seed-funding round. The bank has been operating since September 2019 and now has about 300,000 customers.

In order for traditional banks to remain attractive, they must learn to leverage partnerships and acquisitions to scale operations, McKinsey advises: ‘The quickest way to do this will be to build partnerships or form corporate ventures with fintech players, opening up their infrastructure for fintech players to integrate with and drive innovation at this time.’

This is where tech investor Asemota sees a possibility of new partnerships between the worlds of fintech and traditional banks. “YES!!! This is definitely going to happen. Banks like FBN, Zenith, Wema and others are already doing this,” he adds.

This article is available as part of the print edition of The Africa Report magazine: ‘Africa in 2021 – Who will be the winners and losers of the post-Covid era?’

Why Africa Should Go Cashless by Carl Manlan