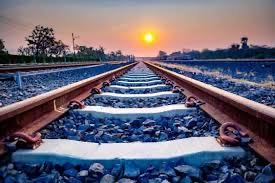 African countries want to trade more with their partners on the continent – through the African Continental Free Trade Area (AfCFTA) agreement that launched operations on 1 January – but will that hurt big trading partners like China?

In its public statements, Beijing is wholly supportive of the AfCFTA, seeing it as a ‘win-win’ solution and arguing that free trade and multilateralism are key foundations to the global system.

In November 2020, China’s foreign minister Wang Yi said the government “will provide cash assistance and capacity-building training to its secretariat”.

The focus on intra-African links is likely to involve China in two main ways: trade and the building of infrastructure to facilitate trade.

China is the top investor in African infrastructure, and so Beijing is likely to play a key role in projects to set up transport corridors that would support African industrialisation and the processing of its raw materials.

The Chinese government wants to boost its links to East and North Africa through its Belt and Road Initiative (BRI), which aims to create a new ‘Silk Road’ and ties more countries into its economic orbit.

Kenya’s SGR is part of the BRI, but Kenyan exporters and companies from across the world can use the infrastructure to transport their goods – it is not a purely China-focused project.

While more developing-world partners like Turkey and India are increasing their interest and activities in Africa, they have not come close to rivalling China in the provision of finance for infrastructure.

But Beijing itself may be more reluctant to lend because of borrowing countries’ high debt loads. Nonetheless, China is set to be a major beneficiary of the drive to build new African trade corridors and the infrastructure to link African raw materials to processing centres and markets.

Potential for trade tensions
The AfCFTA is designed to boost trade amongst African partners. But that very reason alone could cause the most friction with China, which is the continent’s single-largest trading partner.

Some commentators argue that China’s role as ‘the world’s factory’ has stunted the development of African manufacturing and supply chains. Kenya’s cement exports to East Africa neighbours have been low due to an influx of cheap Chinese cement. Over the past 10 years, Tanzania and Uganda increased their imports from China by 60% while sourcing just 4%-6% of industrial products from Kenya.

Chinese products are often cheaper than their African counterparts, and some business leaders are worried about the impact of the AfCFTA on businesses and their costs.

“The Buy-Africa-only mindset of AfCFTA doesn’t work. As cross-border traders, we know China moves our goods in a cheaper way than anyone else,” says Dennis Juru, president of the International Cross Border Traders Association, based in South Africa.

The free-trade deal does not include a common external tariff, leaving it up to each country to decide what duties it will impose on Chinese goods.

Intra-regional trade statistics (2019) via Afreximbank
Africa – 14.4%
Asia – 52%
Europe – 73%
Some African countries use industrial policy – which can include tariffs and other measures – in order to support their local industries so that companies can build up the strength to compete on regional and global markets. But there are not many countries on the continent using such tools at the moment.

Rules of origin
The AfCFTA’s rules of origin will help to shape the development of manufacturing on the continent. The free-trade provisions are for African goods, and policy-makers need to decide what ‘Made in Africa’ means.

Rules of origin can be based on the percentage of value-added or require that certain manufacturing processes be carried out within the country or zone of origin.

Those rules have not been agreed on, and they are key to responding to concerns that foreign investors could set up shop, make a minimal commitment to the economy and then benefit from the AfCFTA to export duty-free to other African countries.

The AfCFTA secretariat says that it expects the final discussions on the rules of origin to be completed around the middle of this year.

Once the rules are discussed, foreign investors – Chinese ones included – will be required to ensure that they meet the requirements so they can use their operations as regional and continental platforms.

For example, Volkswagen could seek to use its planned operations in Ghana to export to the Economic Community of West African (ECOWAS) states; and when the AfCFTA is fully operational, the auto manufacturer could in theory sell its cars tariff-free all over the continent.

Still in the starting blocks

AfCFTA is still an aspirational agreement. For now, China will not lose much of its market for manufactured goods in Africa. “It will take at least 10 years before it even begins to look like being the primary means of African trade. At its outset, the AfCFTA will not cause China, or anyone else, too many problems,” says Stephen Chan, a professor of world politics at the School of Oriental and African Studies in London.

“Kenyan cement, will hardly be enough to satisfy the demands of a continent. Nor even would Dangote Cement from Nigeria and its subsidiaries on the continent. For now, the Chinese can undercut many local producers,” adds Chan.

Getting the continent to agree on what to do to protect and support its cement producers or textile producers – if that is something policy-makers want to do – will take a lot more diplomacy and negotiation than it does now when only single countries seeks to implement such policies.

So while the AfCFTA is an important step forward towards continental economic integration, there are still many obstacles to overcome – and ones that put China’s and Africa’s interests in competition.