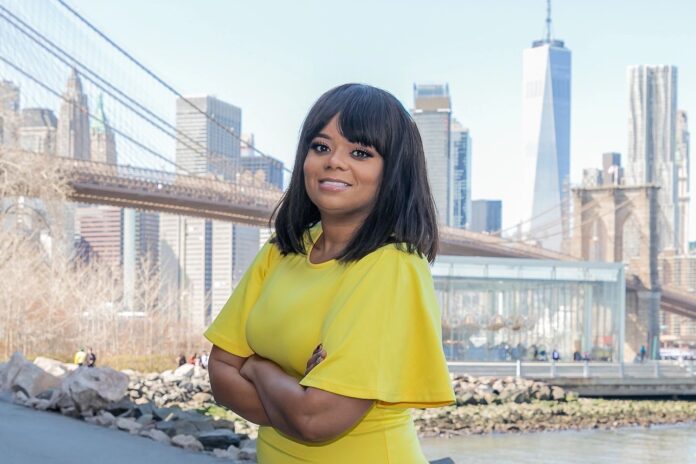 Brooklyn, NY — Trisha Ocona has dedicated a large part of her professional career to combating predatory housing practices. It is the main agenda of her campaign for Brooklyn Borough President, and she has been vocal about educating the community on the existence of the ‘Cease-and-Desist’ bill for the borough. She has served as Chairwoman for the Housing Committee and spent a decade on the Brooklyn Community Board 17, proving her expertise on the issue.

Trisha helped introduce it to the community board and first brought it to her senator and the New York State Senate a few years ago, and now Senate Bill S1256A is finally headed to the Governor’s desk for passage.

“This is not a new bill. It has been around for decades, and it just was never in the communities of color, where the issue is most seen,” Ocona says. Trisha brought it to the attention of her state senator because she teaches about cease and desist in her course at Baruch College and then discovered the state senate has to introduce it in each separate region in NYS.

After trying for many years to add her name and home to the list unsuccessfully, she realized that the law created to prevent discrimination was in itself discriminatory. As a disclosure, she is an appointed board member of the NYS Department of State Division of Licensing that regulates the cease and desist bill, and thought it was important to advocate for her fellow Brooklynites on the terrible issue of homeowner harassment.

Ocona clarifies that the ‘Cease-and-Desist’ bill answers blockbusting, will slow down gentrification and empowers homeowners to rally behind it. After years of inactivity, the bill was reintroduced in January and is now gaining steam in part to organizers like her purporting the measure’s benefits and thanks to support from the Community Board 17 in partnership with, The 300 East 25th St. Block Association, NHS Brooklyn, and Brooklyn Level Up. The area delegated as a “no harassment” zone would protect East Flatbush residents as the bill bars real-estate businesses from soliciting sales to homeowners and creates a directory of property owners under the protection years. It gives homeowners opportunities to get help from HUD approved community groups and Government agencies to preserve their homes without the harassment. Trisha explains, “This is important because once the housing moratorium lifts May 1st, there will, unfortunately, be an explosion of home foreclosure, and the cease and desist (non-solicitation) order will prevent harassment and deed scamming of the homeowners most vulnerable, especially our seniors.”

Trisha grew up in Brooklyn in a multicultural household and had been making it a point to remove the “We Buy Houses” signs she has seen plastered about in her neighborhood. She is frank when discussing the reality of these tactics and how they target the most vulnerable people. The bombardment of solicitations makes homeowners feel unwelcome and adds pressure to cash out before they get pushed out. The overarching goal is to facilitate putting policies in place that protect and empower low-and moderate-income homeowners. Trisha Ocona encourages citizens call their local state senator and tell them how they want them to vote to complete the survey.