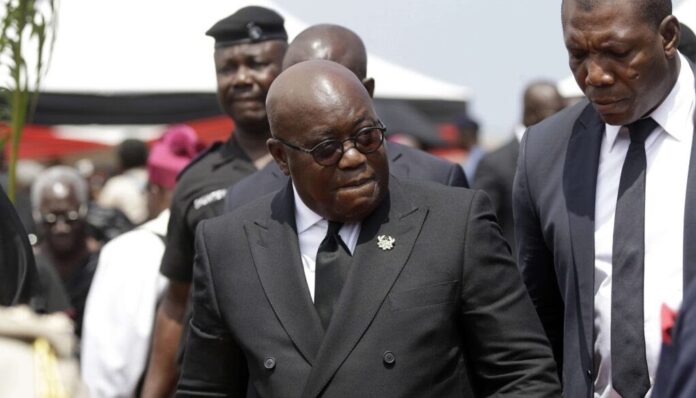 Ghana, West Africa’s second-largest economy and a major producer of gold, oil and cocoa, saw economic growth slide to an estimated 1.9% in 2020, the lowest in decades.

The country’s debt-to-GDP ratio rose past 70% and prompted the International Monetary Fund to warn about possible debt distress.

In his first state of the nation address since his re-election in December, Akufo-Addo said economic growth would top 5% this year. He touted recent investments by automakers like Volkswagen and nascent bauxite mining and alumina refinery projects.

“In spite of the ravages of the pandemic, our nation is still very much in rude health and remains attractive to investors,” Akufo-Addo said.

To finance its 2021 budget and manage its debt, the government plans to borrow up to $5 billion from capital markets this year, including Eurobonds, diaspora bonds, syndicated loans and bridge loans, the finance ministry said on Tuesday.

It is in the process of mandating Bank of America, Citi Bank, Rand Merchant Bank, Standard Chartered Bank and Standard Bank as lead managers, the ministry said in a statement.

In his speech, Akufo-Addo also stressed the need to reduce Ghana’s reliance on foreign aid and diversify its economy beyond commodities like cocoa, of which Ghana is the world’s second-largest producer.

Last week, Ghana’s Supreme Court upheld Akufo-Addo’s victory in a Dec. 7 election, which the runner-up had challenged over alleged irregularities.

The election was marred by voting-related violence that killed at least five people, a rarity in a country that has a reputation as one of West Africa’s most stable democracies. (Reporting by Christian Akorlie Writing by Bate Felix and Cooper Inveen Editing by Aaron Ross and Angus MacSwan)