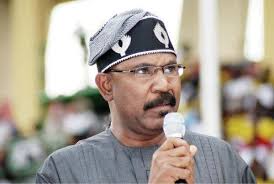 By Naomi Sharang/Kingsley Okoye
Abuja, March 29, 2021 The Federal Government has expressed reservation over a Bill for an Act to establish a National Dermatology Hospital in Garkida, Adamawa.
Minister of State for Health Olorunnimbe Mamora made this known at a public hearing in Abuja on Monday on three bills sponsored by Sen. Aishatu Dahiru (APC-Adamawa).
The bills included National Dermatology Hospital, Garkida Adamawa, Establishment Bill 2021, Teaching Hospital for the Modibbo Adama University, Yola and Federal Medical Centre Establishment Bill.
The hearing was organised by the Senate Committee on Health (Secondary and Tertiary).
According to Mamora, calls for establishment of the dermatology hospital is ill timed given the financial implication and absence of required personnel.
He therefore, called for the maintaining of existing dermatology units or clinics in various tertiary health institutions in the country.
“We observed that most of the federal teaching hospitals and some federal medical centres have that department, called the Department of Dermatology.
“It is a specialised department where issues that have to do with the skin can be better managed.
“We believe that as much as it is important to pay attention to the issue of dermatology, we also know that establishing a hospital for dermatology condition will affect patients opportunity to be co-managed by other specialists
“We also know that inviting other specialists or engaging them on a visiting basis will not be cost effective and it can delay patients’ management,” he said.
Speaking on the bill for establishment of a Teaching Hospital for Modibbo Adama University, Yola, Mamora said “it is like putting the cart before the horse.
“What we are saying is that proposing a bill to amend the teaching hospitals Act to include the name of a non-existent hospital is like “putting the cart before the horse.
“This is because existing Federal Medical Centres automatically become teaching hospitals following Presidential approval in states that have Federal Universities without medical schools.
“I think this is the most important thing that we need to know,” Mamora said.
The Chairman of the Senate Committee on Health, Sen. Ibrahim Oloriegbe while reacting to the minister’s position said the federal medical centres as they were had no enabling laws.
“That is why the bill is seeking to set up proper standard criteria as what the FMCs should be.”
On the Dermatology Hospital, Oloriegbe said that “we have other specialised hospitals; eye hospitals, ear hospitals are there that specialise, why did you create them, why are we not talking of resources.”
Earlier, while declaring open the forum, President of the Senate, Ahmad Lawan said that the proposals were part of efforts at strengthening health institutions from the general aspects to the specialised parts.
He was represented by Senate Deputy Whip, Sen. Sabi Abdullahi.