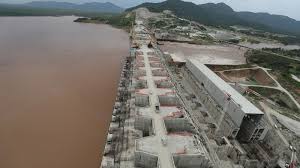 Khartoum, March 30, 2021 The United States (U.S.) and the European Union (EU) on Monday expressed readiness to mediate in the issue of the Grand Ethiopian Renaissance Dam (GERD), Sudan’s Sovereign Council said in a statement.

Donald Booth, the U.S. special envoy to Sudan, and Robert van den Dool, head of the EU delegation to Sudan, “expressed their readiness to mediate in the GERD issue” when Abdel-Fattah Al-Burhan, chairman of Sudan’s Sovereign Council, received them at the presidential palace, according to the statement.

“The two envoys stressed the need to reach a diplomatic solution for the dispute over the GERD, on the basis of a satisfactory approach that guarantees Ethiopia use of electricity, Sudan safety of its territorial integrity and security of its dams, and Egypt its water rights,” the statement noted.

Al-Burhan voiced Sudan’s commitment to the peaceful and diplomatic solutions for its differences with Ethiopia, according to the statement.

Earlier, Sudan proposed a mediation quartet of the United Nations, the EU, the U.S. and the African Union regarding the issue of the GERD.

Ethiopia officially announced its decision to reject the mediation quartet.
In February, Ethiopia said it would carry on with the second-phase 13.5-billion-cubic-meter filling of the GERD in June.

The volume of the first-phase filling last year was 4.9 billion cubic meters.

Sudan, Egypt, and Ethiopia have been in talks for years over the technical and legal issues related to the filling and operation of the GERD.

Ethiopia, which started building the GERD in 2011, expects to produce more than 6,000 megawatts of electricity from the dam project, while Egypt and Sudan, downstream Nile Basin countries that rely on the river for its freshwater, are concerned that the dam might affect their share of the water resources.