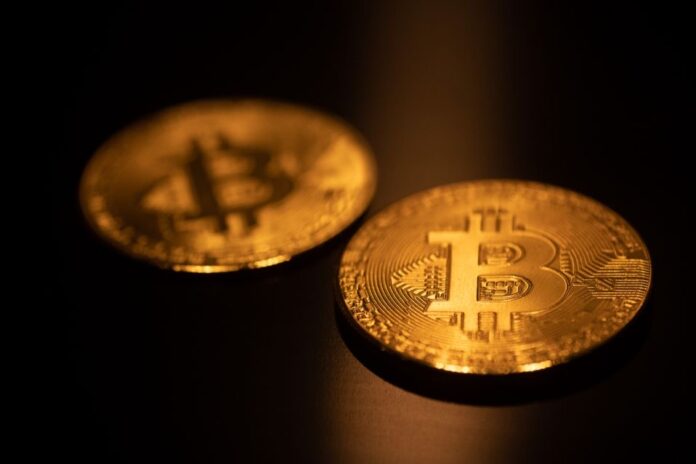 Bitcoin (BTCUSD=X) prices climbed as much as 3% by late-morning in London on Monday following yet more news of potential mainstream financial adoption of cryptocurrencies by major players.

Reuters news agency reported that Visa (V) had said it will allow the use of the cryptocurrency USD Coin to settle transactions on its payment network.

USD Coin is a stablecoin, meaning its value is directly pegged to the US dollar.

First launched in 2018, USD Coin is managed by a consortium called Centre, founded by peer-to-peer payments company Circle and including cryptocurrency exchange Coinbase and Bitcoin miner company Bitmain, which is an investor in Circle.

oinmarketcap.com estimates there is around $10bn (£7bn) worth of USDC in circulation as of this month.

Visa launched the programme to allow USDC with Crypto.com — another payments platform — and said it will offer the option to more partners later in 2021.

The move, which will use the ethereum blockchain, removes the need to convert digital coins into traditional money in order for a transaction to be settled.

Previously, the currency would have been held in a cryptocurrency wallet and converted into traditional money to pay for goods.

The move comes amid a stream of mainstream institutional uptake of cryptocurrencies. Large firms including Mastercard (MA), Paypal (PYPL) and BlackRock (BLK) have started using some digital coins in recent months. Currency watchers have speculated that this is part of the reason for Bitcoins recent meteoric rise.

Tesla had announced last month it had invested $1.5bn (£1bn) into bitcoin, the world’s biggest cryptocurrency. The company said at the time it was hoping to accept payment in bitcoins in the near future. The announcement sent the price of bitcoin surging. The investment has since drawn scrutiny over its environmental impact.

Bitcoin has rallied more than 400% over the last six months thanks to growing support from institutional investors and major tech players like Tesla. Square (SQ), Jack Dorsey’s payments company, has invested over $200m in the cryptocurrency.

Bitcoin plunges by nearly $3,000 after closing in on its all-time...