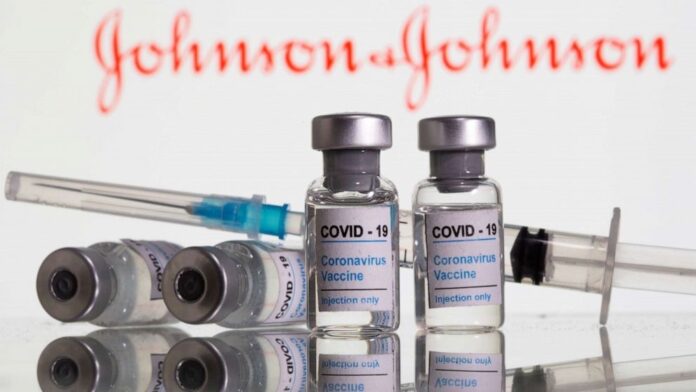 Nigerian government has entered a partnership deal with the African Union and Johnson & Johnson on supply agreement for African countries an alternative to COVAX supplies now threatened by India’s ban on the export of AstraZeneca vaccines.

The deal announced on Monday would bring 400 million doses of J&J single shot to the continent starting from the third quarter of 2021, apart from earlier arrangements with other pharmaceutical companies including AstraZeneca Plc, Pfizer Inc. and Russia’s Sputnik vaccine makers.

It comes at a period when COVAX, the global effort to secure vaccine supplies for 20 percent of population in lower-middle-income countries has hit the rocks.

COVAX is currently the largest source of vaccine to Nigeria, with over 9 million doses expected.

COVAX plans to push out 237 million doses to 142 countries in the first phase is threatened by calls for domestic needs to be prioritised in India, where AstraZeneca vaccines are being produced.

The Serum Institute of India, the largest manufacturer of vaccines in the world and the biggest supplier to the international Covax programme has been told to halt exports and that the measures could last as long as two to three months, according to a Financial Times report.

The institute has, however, been contracted to manufacture 550 million Oxford/AstraZeneca vaccine doses and 550m Novavax vaccine doses for Covax in 2021 and 2022, more than 80 per cent of the facility’s currently signed contracts, according to data earlier in March.

Gavi, the vaccine alliance co-coordinating the programme has warned that the controls would have a direct impact on the Covax scheme, set up with the World Health Organization to ensure the equitable global distribution of at least 2 billion Covid-19 vaccine doses in 2021.

“Deliveries of Covid-19 vaccines to lower-income economies participating in the Covax facility will face delays following a setback in securing export licences for further doses , produced by the Serum Institute of India (SII) expected to be shipped in March and April,” Gavi said in a statement.

The WHO said Covax was in discussion with the Indian government to ensure some shipments could be completed in March and April.

The news of the controls, which are likely to also affect the shipment of at least 5 million doses to the UK, came last week as EU leaders prepared for talks on Thursday on their own proposed export curbs.

The EU, like India, is a major vaccine production hub and has already exported millions of doses while its own coronavirus vaccination programme has lagged behind.

The World Health Organization (WHO) is in talks with India so it continues providing doses to other countries, admitting that India’s decision to make domestic COVID-19 vaccination a priority is understandable.

“It is not an export ban from India as far as we know,” Tedros Adhanom Ghebreyesus, WHO director-general said. “We are already in discussion to keep a balance so that they can use locally but at the same time continue to provide other countries vaccines from the Serum Institute of India.”