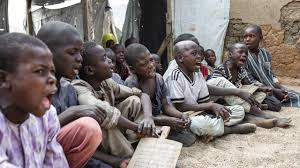 In the just concluded week, the United States stated in its freshly published 2020 Country Reports on Human Rights Practices that human rights abuses have become intense in Nigeria.

The 2020 Human Rights Practices report different aspects of human rights abuses in Nigeria which include: unlawful and arbitrary killings by both government and non-state actors; torture and cases of cruel, inhuman, or degrading treatment or punishment by the government and terrorist groups; harsh and life-threatening prison conditions;

arbitrary detention by government and non-state actors; political prisoners; serious problems with the independence of the judiciary; arbitrary or unlawful interference with privacy; serious abuses in an internal conflict, including killing and torture of civilians;

serious restrictions on free expression, the press, and the internet, including the existence of criminal libel laws; substantial interference with the rights of peaceful assembly; serious acts of corruption; inadequate investigation and accountability for violence against women; and the worst forms of child labor.

The report also noted that civilian authorities have failed to maintain effective control over the security forces that they turn to to address the issue of internal insecurity – given the insufficient capacity and staffing of the domestic law enforcement agencies –, resulting in few reports of human rights abuses by the military.

Meanwhile, Nigeria may soon enjoy the support of Britain in its bid to tackle insecurity which has worsened in recent times.

Indicting nonetheless, we expect the Federal Government to take the US Government’s report as feedback and work to curtail all forms of human rights abuses identified in the report, as this would bolster the image of the country in the international community.

This is because the coloration of Nigeria as lawless and abusive of human rights, coupled with the heightened insecurity, emasculates its moral authority and the respect of the global community.

Ethiopia’s ethnic militias in the spotlight after failed coup