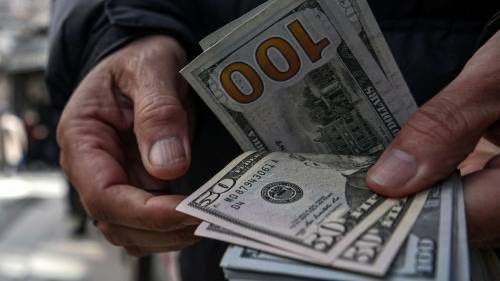 by Jonathan Wheatley in London

The economic damage from coronavirus has fallen hardest on developing countries, where healthcare costs and historic falls in output have worsened already-heavy debt burdens.

Last week the IMF and UN both warned that the world should be braced for an emerging market debt crisis as the global economy emerges from the pandemic and interest rates rise, drawing capital away from vulnerable countries.

Leading multilateral institutions including the IMF and the G20 group of large economies have already embarked on debt relief efforts, and this week a larger proposal is set to edge closer to completion.

The G20 and the IMF international monetary and financial committee are expected to sign off on a plan to issue $650bn of new IMF special drawing rights (SDRs) — a financial instrument that would boost emerging economies’ balance sheets.

What is an SDR?

The SDR is the unit of account of the IMF. Its value is adjusted daily based on the exchange rates of five global currencies — the US dollar, the euro, the Chinese renminbi, the pound sterling and the Japanese yen — and is equivalent to about $1.42.

It was created in 1969 to supplement countries’ other reserve assets such as foreign exchange and gold.

The last time the IMF issued more SDRs was in 2009 during the global financial crisis, when it created 161.2bn SDRs — worth about $250bn at the time — which was seen as a significant step in stabilising the global economy.

That is because SDRs can be bought and sold for cash under voluntary agreements between countries which are overseen by the IMF. If a country sells SDRs, it pays interest on the difference between its holding and its allocation. If it buys them, it earns interest on the same difference.

So if a country receives new SDRs, it can sell them for cash at a cost, or it can use them to bolster its reserves at no cost, freeing up other reserve assets, such as cash, for use elsewhere.

SDRs therefore act as a means of regulating global liquidity and enable countries which need to raise funds to do so from nations in a better financial position.

Advocates say SDRs would quickly get money to the countries that need it most, without adding to their debts,

How does the IMF create new SDRs?

An SDR allocation is akin to central bank money creation in that the IMF can create value at the stroke of a pen.

However, the decision requires a delicate geopolitical dance: the IMF must get 85 per cent approval from its board of governors, which represents all 190 members.

The US in particular can block the proposal because it holds 16.5 per cent of the votes. It did so last year under then-president Donald Trump, arguing that most of the benefits of any new SDR issuance would go to rich countries.

Some analysts claimed the real reason was that Washington did not want to boost the finances of China and Iran.

However, President Joe Biden’s administration has since overturned the Trump veto and the G7 group of rich nations has given its backing, making it highly likely the proposal will now go ahead.

Not in the view of some economists and organisations. UN agencies have called for $2tn or more, for example.

The IMF says $650bn is about right — and, perhaps most importantly, it is the most the US government can agree to without needing congressional approval.

Is there a way for indebted countries to benefit more?
Countries which receive SDRs are not obliged to use them; rich countries are unlikely to convert their SDRs into cash anytime soon.

So they could boost the impact of the issuance by donating or lending their SDRs to countries in need of liquidity. Six have done so in the past year, providing $9.6bn out of $16.9bn raised to support zero-interest lending to poor countries through a separate IMF initiative.

The IMF is examining other mechanisms to channel extra funding to vulnerable middle-income countries, but progress is expected to be slow.

When will the new allocation happen?
The G20 and the IMF’s international monetary and financial committee, which advises the board, are expected to give the proposal the nod during the World Bank and IMF spring meetings this week.

The IMF’s board has already held an informal meeting on the subject, and some people involved in the process expect final approval to come in August. That would mean IMF member states would receive the new SDRs either later in August or in September.