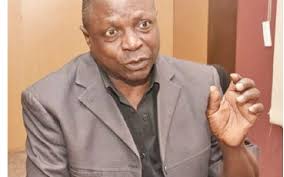 By Adeyemi Adeleye
Lagos, April 5, 2021 Dr Adetokunbo Pearse, a chieftain of Peoples Democratic Party (PDP) in Lagos State, on Sunday urged stakeholders to shun rebellion and disunity ahead of the South-West zonal congress.

Pearse who made this appeal in an interview with newsmen in Lagos warned against holding of parallel congress by dissenting voices.
He said the repercussions of such would be disastrous for the rebels and the party in the zone as 2023 elections approach.

As the Chairman and the Chief Returning Officer of the South-South Zonal Congress which held in Port Harcourt on March 9, I witnessed the benefits accruing to states who cooperate with their governors.

“Sure there were dissenting voices, but those who disagreed with the status quo did so with decency.

“They did not go to the extent of organising a parallel congress, realising that such reckless action will always fail, and rebellion which threatens the party’s unity usually has painful repercussions for the rebels,” he said.

Pearse appealed to Lagos delegates to support candidates of Gov. Seyi Makinde for the good of the PDP in the state.

According to him, Makinde, being the zonal leader of the party as the only PDP governor from the region, means well for the state, hence the need to vote for Amb. Taofeek Arapaja, and the other candidates put forward by him.

“Dear delegates, anyone who has interacted with Gov. Makinde will testify to his commitment to Lagos, a state which like other governors across the nation, he regards as the centre piece of our great party’s strategy for national victory.

“Your vote at the South West zonal Congress for Amb.Taofeek Arapaja and others on the Makinde ticket will help to strengthen our party in the zone and encourage our only governor to keep his promise to help strengthen Lagos State PDP.

“An issue which should be of particular interest to all delegates from Lagos State is that Gov. Makinde has pledged to assist the party in Lagos with resources and logistics, before and during upcoming elections.

“The governor came up with his list of candidates after painstaking research, and wide consultation with all critical stakeholders in the zone,” he said.

He said that emerging from Makinde’s diligent effort was the list of candidates that were best qualified, most experienced, tried and trusted.

Pearse said that it was very likely that Makinde’s candidates would win the day because an incumbent governor has mostly what it takes to influence the outcome of the congress.

According to him, as things stand, it is likely that the Arapaja team will get most of the delegates votes from Ondo, Osun, and Ekiti.

“If we add the huge number of delegates from Makinde’s home state of Oyo, all the team needs from Lagos State is a about 30 per cent. Why should you abandon this victory team to follow the fickle illusion,” he asked.

Armed EFCC Officials Will Surround Fayose’s Residence At 12am on Wednesday,...