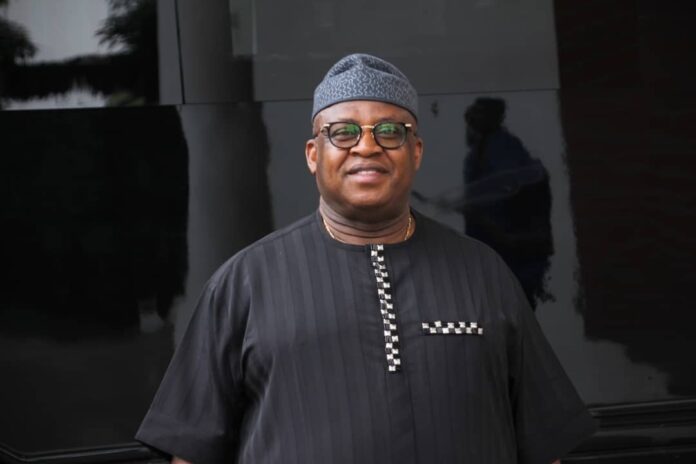 By Deborah Coker
Benin, April 5, 2021 Chief Dan Orbih, National Vice Chairman, Peoples Democratic Party (South South), has said that secession is not the solution to the country’s myriads of problems as being touted in some quarters.

The national vice chairman of the party said this in an interview with newsmen in Benin on Sunday.

He said that frustration caused to the citizenry by poor resource management by the political elite could trigger the kinds of agitation by different ethnic nationalities to seek self determination.

Orbih, however, noted that the country could grow bigger and stronger with the right leadership that could put the abundant resources the country was endowed with to equitable use.

Orbih noted that the country could remain as one if the nation had the right leadership.

He said that agitations for secession was getting louder because of perceived government’s inability to address the real problems confronting the people of Nigeria.

“I want to lend my voice to that of those clamouring for us to go back to the drawing board and talk about how we can address Nigeria’s problems.

“I also want to say these agitations are getting louder because of the people’s assessment of the government as seemingly being unable to address the problems confronting the nation.

“It is not like there is something new that has never been there before or that is making these regions to now cry for secession.

“We can stay together as a nation if we have the right leadership that will make people from the various sections of the country have a sense of belonging that this country belongs to all of us,” Orbih said.

Orbih said Nigeria could overcome the challenges facing it with the right attitude of the citizenry.

He said that recuring calls for succession could cease if the country’s leadership could distribute the nation’s resources equitably to give all segments a sense of belonging.

The PDP chieftain also said that the constant borrowing of funds by the country’s leadership amounted to hurting and mortgaging the future of Nigerians.

He said it was not enough to keep borrowing money and saying they were tied to development.

According to him, it is necessary to know how these loans will be repaid considering available resources and revenue.

He added that the nation’s available resources had not been managed properly by the leaders, stressing that such mismanagement was a major challenge in the country.

“I think the major problem, we are facing in this country presently is the management of our resources.
“Our leaders have not been able to manage our available resources properly,” he said.

Orbih decried the penchant for seeking medical attention abroad with all tiers of hospitals and highly qualified Nigerian professionals available in the health sector.

“We are faced with the twin problems of dearth of health infrastructure and poor remuneration of health workers causing some to emigrate for greener pastures.

“Medical tourism, no matter who is involved cannot lift the country up rather will continue to be conduit pipe to waste the country’s hard earned foreign exchange.”

He, therefore, urged all stakeholders in Nigeria to think of coming together to talk on how to put the nation on the path of progress.

“I think it is time for us to talk seriously as a nation,” he reiterated.

Lagos2019: Why PDP may not defeat APC – Ex-minister, Ogunlewe