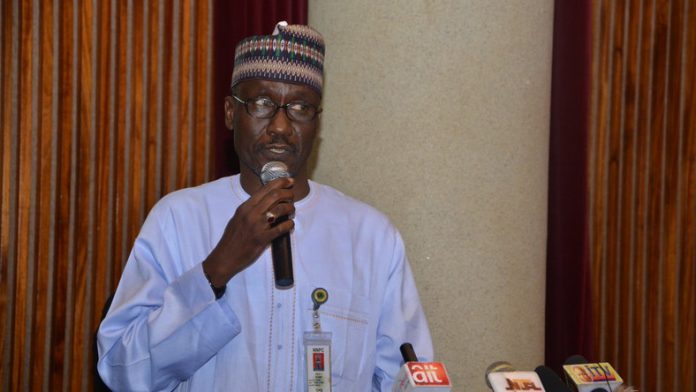 NNPC
Abuja, April 4, 2021 (NAN) The Nigerian National Petroleum Corporation (NNPC) this week continued with its busy schedule in its avowed effort in fulfilling a mandate to ensure strong, reliable and efficient oil and gas sector in the country,

The corporation started its weekly activities on March 29, with the signing of a Memorandum of Understanding (MoU) with some of its partners and also explaining the transparency level,  especially with the rehabilitation of the refineries and the benefits that would accrue from the partnership.

Malam Mele Kyari, Group Managing Director of the NNPC, while playing host to the management team of the Nigeria Extractive Industries and Transparency Initiative (NEITI) led by its Executive Secretary, Dr Orji Ogbonaya Orji, at the NNPC Towers, Abuja, highlighted private sector plans to finance some of its projects.

He said the publication of the Corporation’s Audited Financial Statements had significantly improved investors’ confidence in the corporation and was instrumental to the speedy facilitation of the financing agreement for the rehabilitation of the Port Harcourt Refinery by the African Export Import Bank (Afreximbank).

“Since we opted to disclose our financial statements, the speed with which we close financial transactions has been monumental. We now close deals at a quarter of the time we used to do them and that is very critical,” the GMD noted.

He restated the corporation’s commitment to work with NEITI and urged the executive secretary and members of his management team to avail themselves of details of the corporation’s operations, especially the monthly engagement with the Federation Accounts Allocation Committee (FAAC) on the NNPC website.

Media error: Format(s) not supported or source(s) not found

On March 30, the Corporation also signed an MoU with the Nigeria Content Development and Monitoring Board (NCDMB) and other partners to foster gas production.

The Executive Secretary of NCDMB, Mr Simbi Wabote, signed for the Board while the Chief Operating Officer, Gas & Power, NNPC, Mr Usman Yusuf, and the Managing Director of BFPCL, Chief Ben Okoye, signed for their companies respectively.

The first agreement was the Accession Agreement between BFPCL, DSV Engineering, NNPC and the NCDMB Capacity Development Intervention Company Ltd. by Guarantee.

The second agreement was the Share Subscription Agreement between BFPCL, DSV Engineering and the NCDMB Capacity Development Intervention Company Ltd. by Guarantee.

These agreements confirmed the allotment of 18 per cent of the authorised share capital of the BFPCL to NCDMB.

Wabote highlighted the need for indigenous institutions and companies to initiate projects that would create in-country value and employment opportunities for young Nigerians.

“The opportunities provided by this project in jobs creation, gas utilisation, and local availability of methanol for primary and secondary users are massive and we are excited to serve as a catalyst for the realisation of the project,” he added.

He insisted that the Nigerian oil and gas industry could not continue to wait for only international operating oil and gas companies to introduce projects.

In his remarks, the Chief Operating Officer, Gas & Power, NNPC, Mr Usman Yusuf expressed delight that the project was in sync with the President Muhammadu Buhari’s recent declaration of a Decade of Gas and would help to correct the current anomaly where 100 per cent of the nation’s methanol needs were currently imported.

He maintained that gas was becoming increasingly important to Nigeria’s sustainability and would also play a key role in energy transition.

Usman added that gas was critical to food processing and could lead the nation to food sufficiency, industrialisation, increase in Gross Domestic Product and power sufficiency.

He also said that the two Methanol projects would help Nigeria save foreign exchange and significantly enhance local production.

The corporation in the same week, also expressed readiness to partner South Korean companies in ensuring infrastructure development of its subsidiaries

The NNPC GMD, who expressed readiness when he welcomed the South Korean Ambassador to Nigeria, Kim Yong Chae, at the NNPC towers, said the partnership would enhance economic fortunes of both countries.

Chae said his country believed that partnering with the Nigerian Government was a step in the right direction.

Media error: Format(s) not supported or source(s) not found

It would be recalled that the NNPC GMD  Mele Kyari, at the pre-summit conference on `Decade of Gas ‘in the week under review, also expressed the corporation’s readiness in boosting local consumption of gas in the country.

Kyari, who was the guest speaker at the conference, noted that the corporation was not only interested in ensuring infrastructure development for effective operation but an all-round development for optimal result.

“Nigeria, under the visionary leadership of President Buhari, has committed huge resources to ensure that domestic gas infrastructure reaches every corner of our country to deepen natural gas utilisation.

“It was also targeted to spur investment in power and gas-based industries, grow the economy and generate employment for millions of our young people.”

According to Kyari, Nigeria as a gas nation with over 203 trillion standard cubic feet (tscf) of proven gas reserves is monetising the huge gas resources spurred by numerous policy and industry interventions since 2016, culminating in the declaration of 2020 as the year of gas and progressing into the decade of gas from 2021.

He further said that NNPC and its partners had embarked on a number of strategic projects to deepen delivery of gas to the domestic market and elevate the build-up of greater potentials for export.

“We also have the ongoing strategic backbone gas infrastructure projects such as the Ajaokuta-Kaduna-Kano (AKK) pipeline, the OB3 final hook-up, the Nigeria-Morroco pipeline and several other gas-based industries initiatives.

“All these will herald the sunrise of gas revolution in our country within the decade,” the GMD stated.

NNPC denies report on plan to increase in fuel price in...