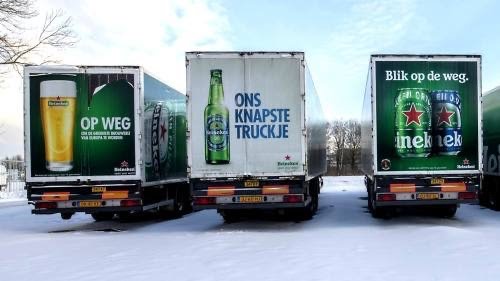 Shareholders in the world’s second-largest brewer, Heineken, have been urged to rebel at the company’s annual general meeting this month after its former chief executive received a €5.5m severance payment in defiance of the Dutch governance code.

Glass Lewis, one of two influential proxy advisers to shareholders, has recommended they vote against Heineken’s remuneration report and two other proposals at the April 22 meeting after the payout to former chief executive Jean-François van Boxmeer was announced close to the news of 8,000 job cuts at the company.

Van Boxmeer, who left in June 2020, received the €5.5m payment along with salary, bonuses and pension payments that brought his total remuneration for 2020 to almost €8m, according to Heineken’s annual report. Share awards under his long-term incentive plans will continue even though he has left his roles as chief executive and chair.

The company also set aside €7m for an expected penalty payment to Dutch authorities because the payout to van Boxmeer contravenes the corporate governance code in the Netherlands, which limits such payouts to one year of salary.

Glass Lewis called the payout “egregious” and its overall cost to the company “excessive”.

“Given the cost-cutting measures undertaken by the company to save liquidity, and the poor operational and financial results posted in the past year, we believe a more modest approach to executive remuneration would have been more appropriate,” the advisory group said.

It said Amsterdam-listed Heineken, which brews brands such as Amstel, Tiger and Moretti, “had ample opportunity to review the former CEO’s severance package, as its terms are decidedly out of line with Dutch market practice, and have been for years”.

Glass Lewis recommended that investors vote against the company’s remuneration report, along with another proposal to approve the supervisory board’s actions over the past year, and the re-election of Maarten Das, remuneration committee chair, to the company’s board.

Institutional Shareholder Services, the other big proxy adviser, has recommended that shareholders vote in favour of the remuneration report, despite flagging concerns about the payment to van Boxmeer.

This, and the Heineken family’s control of the company, limit the potential for a big shareholder rebellion, although Vereniging van Effectenbezitters, a Dutch group for retail investors, has reportedly also opposed the payout.

Heineken said: “Mr van Boxmeer’s leadership and contributions to Heineken over 35 years, and as CEO since 2005, have transformed the company and driven sustained outstanding performance.”

It said the company had decided to honour its existing employment contract with van Boxmeer, dating from 1984, and contract for his role as chief executive, dating from 2005, despite the subsequent implementation of the governance code. It said it had always disclosed this departure from the code. 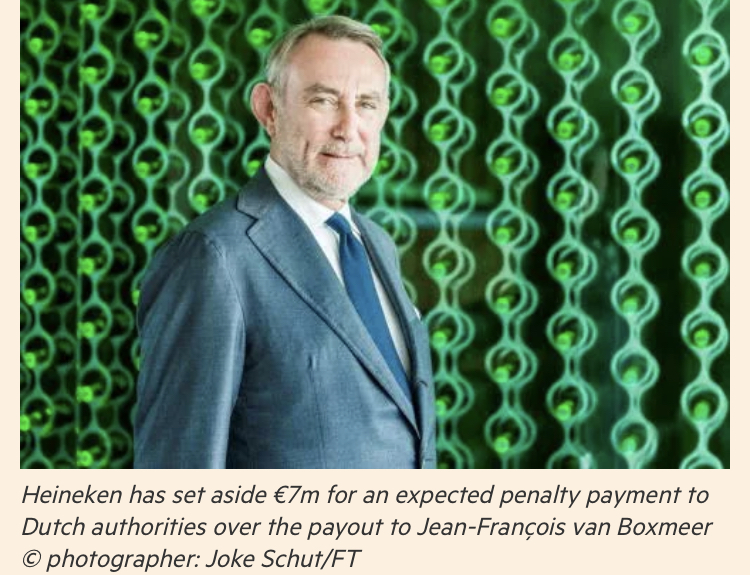 It added that van Boxmeer’s severance deal was agreed “in early 2020, when the significant and long-term impact of Covid-19 on Heineken could not yet be foreseen”. The board and executive team took a 20 per cent pay cut from May 2020 to December and their bonuses for the year were cancelled as a result of the pandemic, Heineken said.

Van Boxmeer led Heineken for 15 years, during which he doubled the size of the company, transforming it from a European to a global brewer, in a period of consolidation for the industry. He was replaced by Dolf van den Brink.

Van Boxmeer now sits on the board of Heineken Holding, a vehicle controlled by the Heineken family — including the billionaire heiress Charlene de Carvalho-Heineken — which in turn owns a controlling stake in Heineken. He also joined the board of Vodafone last year.