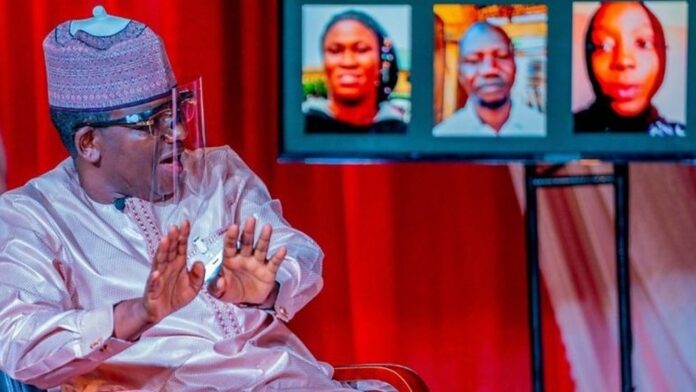 The Yoruba Leadership and Peace Initiative (TYLPI) has denounced a statement by the Zamfara State governor, Alhaji Bello Matawalle, claiming the killing of northerners in the South and threatening reprisals against southerners and southern interests in the North.

In a statement issued on Saturday, and signed by its Director of Publicity, Mr. Tunde Ipinmisho, the group said the governor’s assertions were “baseless, distasteful, reckless, insensitive, and irresponsible.”

The Yoruba group’s reaction came as Oyo State Governor Seyi Makinde called on political leaders across the country to shun partisanship and close ranks in a collective effort to fight insecurity in the nation. Makinde made the call yesterday in Ibadan, when his Borno State counterpart, Professor Babagana Zulum, paid him a courtesy visit. Makinde’s comments came on the heels of the statement by Matawalle threatening retaliations against southerners.

The Oyo State governor, however, commended the North-east governor for his handling of the insurgency and banditry in his state. He said Zulum, who was in the state to receive an award by the University of Ibadan Alumni Association, said the honour by the premier university was well deserved.

In a related development, the Northern Governors Forum urged the newly appointed Inspector-General of Police (IGP), Mr. Usman Baba, to device proactive measures to tackle crime in the country. The appeal was contained in a congratulatory statement by the forum to the Yobe-born police boss, who was on April 6 appointed Acting Inspector-General of Police by President Muhammadu Buhari.

TYLPI warned that it was unguarded comments like the one by Matawalle that triggered the 30-month civil war in the late 1960s that claimed millions of lives and arrested the country’s development for a long time. It said Matawalle’s statement smirked of dangerous desperation by those who believed Nigeria must travel on a trajectory pre-determined by them.

It, however, praised the northern socio-political organisation, Arewa Consultative Forum (ACF), for a timely and courageous condemnation of Matawalle’s statement.

TYLPI cautioned the elite to avoid acts that deliberately stoke crisis, saying no one can predict its extent.

“It behoves all men and women of goodwill to disperse, with responsible conduct and utterances, the evil cloud hanging over Nigeria. Nobody knows who will be swept away by the flood, should the rain be allowed to fall,” the group added.

Reacting to the claims and threats by the Zamfara State governor, Makinde said, in a statement by his Chief Press Secretary, Taiwo Adisa, that the state of the nation required a more conciliatory and responsible tone by public officers.

The statement said, “Yes, we know that our country is currently going through issues and challenges, but as leaders, at this point in time, it is a time for us to come together. It is not about sentiments, because we have to explain to our people, the citizens, the residents of our various places, our various states that countries do go through challenges, but when the leaders cast aside partisanship, come together to tackle that problem, then we have a chance to succeed.

“I want to encourage all our leaders in the North-east, who are facing security issues. Even yesterday, we were in Makurdi and they have challenges also. Three or four days ago, I was in Sokoto and Zamfara. They have banditry, but these are not challenges that we cannot surmount. The only thing that we need is for us, as leaders, to pull together.

“I offer myself, irrespective of party, to build bridges that will ensure that we come together to defeat all the problems that we are currently having. So, this courtesy visit is timely and it is a demonstration to the whole world that we are together in the task of building our nation.”