Impasse of Deltans due to Curfew imposed 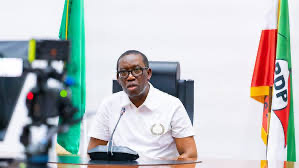 The Covid 19 pandemic wave has been the most felt since the Influenza pandemic in 2010. Due to the emergence of this deadly virus in the early months of this year, many changes have been made in economic and social structures in virtually all nations of the world.

In a bid to ensure that economic activities continue amidst the scare of the COVID-19 pandemic, some preventive measures were put in place globally to curb the spread of the virus including; social distancing, use of facemasks and lockdown which was subsequently replaced with imposing of curfew with different range of hours in different states as the lockdown was eased.

Nigeria likewise followed suite with the Nigeria Centre for disease control (NCDC) setting guidelines with which organizations and individuals could carry out economic activities. Like other countries, curfew was imposed in Nigeria by the federal government following the ease of the lockdown in line with the NCDC recommendations.

The federal government since June had reduced the time of the curfew to 10pm to 4am with many states complying. However, the delta state government has still maintained its 7pm curfew to the disappointment of its citizens.

Warri Digest carried out an investigation on Thursday, the 6th of August in the cities of Warri and Effurun, Delta state. It was gathered that the decision by the state government to not comply with the 10 pm curfew time slated by the federal government was indeed gruesome and burdensome for the citizens.

A food vendor at Enerhen junction, simply identified herself as Mrs. Ifeoma Uche, she said the 7pm curfew time is a hindrance to the financial gains of several food vendors as most food vendors sell in the evening time because of the availability of more customers in the evening. “Everything is costly, and then upon that we don’t have time to sell the food, it’s not fair at all” Mrs Ifeoma said.

Another source who gave his name as Mr. Kingsley was very grieved with the 7pm curfew time as he said it had given some police officers the opportunity to extort money from transporters and even pedestrians.

He further stated that he was “Keke” rider and so the 7pm curfew didn’t give him enough time to make his monetary target for the day not to talk of remitting expected money to the owner of the keke he was using. He added that sometimes he would get stuck in hold up but would still be help by police officers and extorted in spite of his pleading.

“The police keep harassing us, just yesterday someone was killed because of this curfew issue, I’m pleading with His excellency Dr Ifeanyi Okowa to please reconsider and use the federal government curfew time” Another source at Ugborikoko market in Ugborikoko community who pleaded anonymity said she didn’t think the Corona Virus cases in Delta state were so much for the state government to insist on leaving the curfew at 7pm as opposed to the 10pm stated by the federal government.

These indigenes therefore called on the governor of Delta state, Dr Ifeanyi Okowa to please reconsider this decision taken to leave the curfew at 7pm as it was according to the “hindering economic progress and general betterment of the Delta state Citizens. “We know the governor has a good heart and we hope he hears us and helps us”.