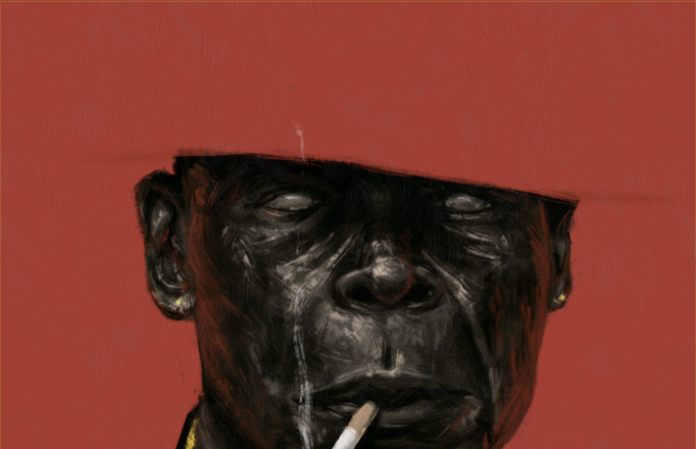 Hoskinson noticed the tweet and put it up for sale as a non-fungible token (NFT), or one-of-a-kind digital item with its own digital signature. By the end of the month, the tweet sold for $6,300 and now it’s Hoskinson’s Twitter profile picture.

“Luckily for me, Hoskinson himself told me about NFTs. He gave me a link to read about NFTs and, after reading about it, I decided I want to try it out,” Oyewumi told CoinDesk. Last week Oyewumi sold the first NFT she minted by herself on Mintable, and a friend helped her convert her crypto earnings to the local naira currency.

NFTs are all the rage this year, especially after the artist Beeple sold a digital art collage for $69.3 million through the British auction house Christie’s in March. Christie’s also announced Thursday it will be selling nine NFT collectibles known as CryptoPunks. This month, American-Senegalese R&B singer Akon launched AkoinNFT, an NFT platform to “supercharge and empower” artists and brands.

Now the trend has spread to Nigeria, where local financial institutions are banned from servicing crypto firms. This means Nigerians cannot convert digital assets to naira through traditional crypto exchanges. But that hasn’t wiped out crypto in Africa’s largest economy, thanks in part to its young and tech-savvy population. Users began switching to peer-to-peer platforms to avoid using banks and the use of crypto continues, as evidenced by how local artists like Oyewumi are embracing NFTs.

Although more Nigerian artists are entering the NFT space, they do so wary of the hype. Some Nigerian artists told CoinDesk that although minting their artwork comes with a number of advantages, they have concerns about the impact of NFTs on the art world in general.

Only good for already-established artists

Oyewumi feels the NFT culture is only beneficial to those artists who already have a large fanbase.

“If I put my art up as NFTs, sure, lots of people will see it. But some people will still prefer to purchase work from artists they already know. People might end up just creating pieces and uploading but not be able to sell anything,” Oyewumi said.

For instance, NFT art collector Michael Ugwu typically likes to check out an artist’s online presence and work before purchasing his or her art.

A London-based music executive and entrepreneur of Nigerian descent, Ugwu owns around 40 NFT pieces by artists from around the world, including Nigeria. Ugwu told CoinDesk he only buys art he loves, but there is also a business perspective to consider.

Read more: These Black Artists Say NFTs Help Them Monetize Their Work
“I also want to know that there’s going to be a global marketplace for that piece, if

I want to sell it on the secondary market. It’s much easier to sell a Fewocious, a Billelis or if you get lucky and get your hands on a Beeple. So based on those factors, from African artists I primarily acquire work that I feel has a global audience,” Ugwu said.

He added that for some African artists, minting their first pieces could be a challenge due to the Ethereum gas fees sometimes needed to sell an NFT.

“It’s not cheap. A typical African artist may or may not have the $100 or $200 it’s going to cost them per piece. So that’s a small barrier,” Ugwu said, adding there are some platforms that waive or subsidize the minting fee.

Oyewumi feels new artists may also struggle with pricing their pieces and end up selling their art for less than what it’s worth.

One NFT art piece in Ugwu’s collection is by the acclaimed Nigerian digital artist Osinachi.

Osinachi, 29, has made a name for himself as a digital artist and produces most of his work using Microsoft Word. When he first started making art in the late 2000s, his primary goal was to see his work displayed in a traditional art gallery. Over the years Osinachi reached out to numerous galleries but received no response.

Then he discovered crypto art.

In 2017, Osinachi learned people were posting artwork as NFT collectibles. With some help from the community, Osinachi minted a few of his works. In 2018, his art was featured in the Ethereal blockchain summit in New York.

The following year Osinachi’s dream came true when he was invited to show his work at a contemporary art gallery in Switzerland. In 2020, his art was featured in CoinDesk’s “The Most Influential People in Crypto” list.

The same year, he quit his job as an academic librarian at the University of Nigeria Nsukka to focus on his art full time. A month ago he sold one of his digital paintings, “Am I pretty?,” for 13.2 ETH (around $27,600 as of Friday).

“A single NFT sale can translate to my one-year salary when I was working at the University of Nigeria,” Osinachi said.

Now, he is helping other Nigerian digital artists mint their work. Osinachi told CoinDesk that thanks to the NFT gold rush, digital artists like him are getting the attention they deserve and (thanks in part to the Beeple sale) learning that digital art can be priced as high as or higher than traditional art.

But he is also concerned about aspects of the traditional art world flooding the NFT space.

“Now, you also see marketplaces paying attention to certain big names. They care about the big artists that would make huge sales, and not necessarily about the art that is being made,” Osinachi said.

Tricky
Oyewumi, who set up her NFTs by herself, found the process to be complicated and experienced a number of unfamiliar technical issues.

She also saw a colleague’s art minted without the artist’s knowledge or permission. As NFTs went viral, scammers took to minting other artists’ work.

In early March, illustrator Derek Laufman lashed out at NFT platform Rarible when a Twitter user notified him his art was listed on the website for sale without his knowledge.

“It’s been very complicated for me as a Nigerian. I come from a place where you make money through years of hard work, but with the NFT space it’s a situation where in a single minute you’re making millions of naira.

I feel like the relationship most Nigerians or most people from places like Nigeria would have with the NFT space is, ‘Wow, how does any of this work? How is it possible?’” Azekwoh told CoinDesk.

But it’s not all bad.

Like Osinachi, Azekwoh is wary of the focus on monetization in the NFT world and determined to help other Nigerian artists. With his NFT earnings, he has set up a fund that pledges 200,000 naira to young local artists between the ages of 15 and 25.