Uganda says may approach creditors for suspension of debt repayments 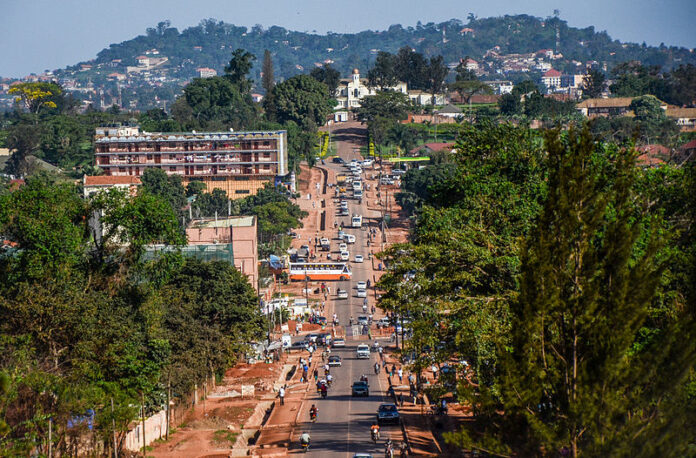 KAMPALA, April 26 (Reuters) – Uganda said on Monday it may approach its major creditors including China and the World Bank to negotiate a possible suspension of loan repayments amid a growing default risk after its debt load ballooned 35% in a single year.

The east African country gobbled up large credit lines from the World Bank, the International Monetary (IMF) and other lenders in 2020 to meet funding pressures triggered by the economic crisis induced by the COVID-19 pandemic.

The loans vastly swelled an already fast-rising debt pile for the country that had long worried some, including the central bank and the IMF.

The country’s debt load is seen surging past 50% of GDP by the end of the current financial year in June, according to Finance Minister Matia Kasaija.

“I will approach them,” Kasaija told Reuters in an interview on Monday, referring to Uganda’s biggest creditors such as China, World Bank, IMF and others.

“I will not hesitate to approach them and say, ‘you guys can we suspend servicing these loans for, say, maybe two years?’”

Uganda is joining fellow African countries including Ethiopia, Zambia, Chad and others that are facing debt pressures either triggered or exacerbated by the effects of COVID-19.

In the fiscal year beginning July, the country will use up 20% of all its planned domestic tax revenues to repay interest rates on public debt, Kasaija said.

“It makes me uncomfortable. ..It is not a palatable idea,” he said, adding that debt repayments were swallowing up an increasingly disproportionate chunk of the country’s public resources.

Kasaija did not specify whether Uganda would seek relief under the G20’s Debt Service Suspension Initiative (DSSI) that some other nations have made use of, or under a different mechanism.

The country’s economy, which contracted 1.1% last year, is forecast to expand at 3.1% in 2021 helped by robust agriculture sector production and recovery of industrial activity.

Uganda’s external indebtedness was nearly wiped out in mid 2000s under the World Bank and IMF’s debt cancellation programs for poor and highly indebted nations.

But over the last decade the government of President Yoweri Museveni has vastly expanded its borrowing, mostly from China, to fund costly infrastructure including roads, airports, power plants and other projects.

The country is currently negotiating with China for a $2.2 billion loan to finance a much delayed standard gauge railway project.

A deal for that credit has been delayed by a demand by China that Uganda commit to repaying the loan with revenues from sales of its crude oil, among other issues, according to government officials.

“That one we refused, that one we totally refused. We can not mortgage our oil, that is a very sensitive resource, we can’t,” Kasaija said.

Pfizer to supply 4.5 mln doses of COVID-19 vaccine to South Africa by June