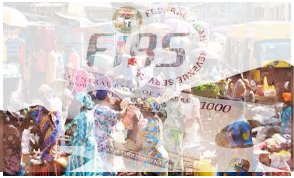 Omolu told the News Agency of Nigeria (NAN), on Tuesday in Warri, that prompt payment of taxes would stimulate rapid growth of the country’s economy.

He also urged the government to do the needful by providing basic amenities to tax payers, so they could enjoy the benefits accrued to those funds.

The CITN chairman, who described tax evasion as a criminal offence, however, noted that a lot of people were unaware of it.

“It is a criminal offence to evade tax and a lot of people do not know this.

“So, while I will appeal that people remit their taxes promptly, government should also spend such judiciously so tax payers could feel the impact of their payments,” he said.

Omolu said though Nigeria’s tax system was still evolving, it was however, bedeviled by lack of good policies and political interferences.

“Most of our tax laws were inherited from the colonial masters. Till date, some of those principles are what we are still using. There should be total reform and overhauling of the system.

“1n 2019, we had a Finance Act which overhauled some of the tax laws, but unfortunately, it seems it might have been done in a hurry because some of the issues were not properly addressed

“In 2020, another Finance Act came into being. Are we going to be reviewing our tax law every year?

He therefore suggested a review of the tax law in such a way that whatever decisions were reached, could govern the tax regime for the next 10 years.

“Political interference is another challenge we have in the taxation industry. Some politicians infringe on some of these policies.

“Even though policies are there, you find a situation whereby some individuals bypass them, rendering the law ineffective,” he said.

Omolu therefore, urged the government to increase its sensitisation efforts on the need for people to pay taxes.

He further appealed to the Federal Government to revive some of the moribund industries to create job opportunities and reduce the rate of unemployment in the country.

NLNG targets eradication of malaria from Bonny Island by 2030