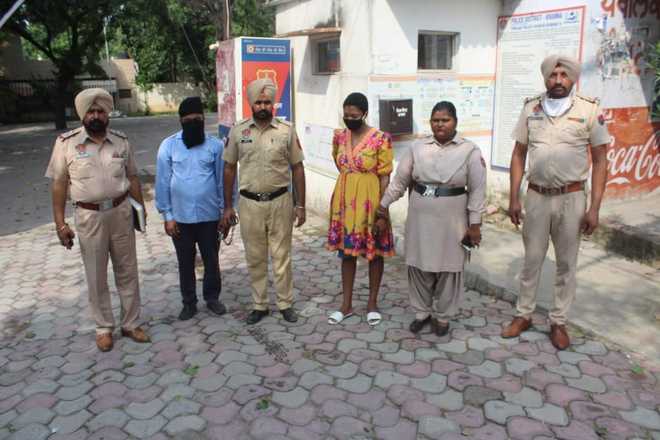 The Khanna police seized 1.2 kg of heroin from a Swift Dzire taxi (DL-01ZD-1068) coming from the Delhi side and arrested two persons at a police checkpoint in front of a FCI godown on the GT Road in Doraha.

Grewal said during the questioning of the accused, Chinoye revealed that she had picked up the consignment from Delhi and was going to deliver the same to somebody in Amritsar. The accused confessed that one consignment of heroin had earlier been delivered in Tarn Taran district.

A case under Sections 21, 25, 61 and 85 of the NDPS Act was registered at the Doraha police station against the duo.