The rise and rise of EdoBEST 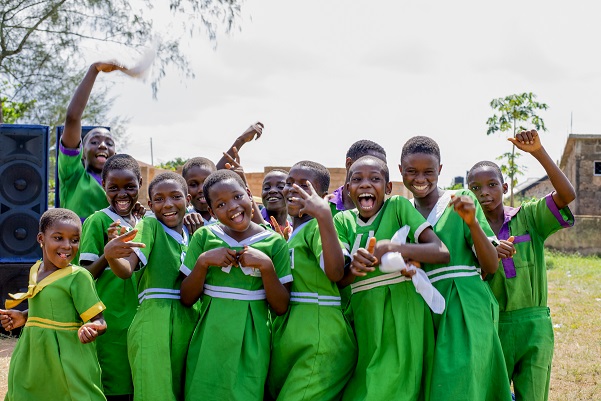 A new term begins and parents in rural areas make plans to take their children to schools in urban areas. They rent a room for them, provide food stuff and money to be spent when necessary.
These children are left alone without close parental guidance in urban areas to go to school, then return home during holidays.

This was the norm until the launch of EdoBEST in April 2018 after the training of over 1,500 teachers for the pilot phase of the novel programme which was designed to revolutionise basic education in Edo State.

EdoBEST is an initiative of the Edo State Governor, Mr. Godwin Obaseki to revamp Basic Education in the state. Domiciled in Edo SUBEB which is chaired by Dr. Joan Osa Oviawe, the programme leverages technology in teaching thereby giving room for uniformity in lessons across rural and urban areas.
With the advent of EdoBEST, parents in rural areas stopped taking their children to schools in urban areas.

The programme incorporated pupils, teachers and parents into a 360-reform strategy that has delivered on preconceived learning outcomes. Indeed, over the past three years, EdoBEST has put pupils at the centre of all reform and created a joyful, balanced and all-encompassing learning environment.
Pupils are motivated with cheers, positive narration of academic behaviour, strive points and the character board. They are celebrated in the classroom, encouraged to behave properly and work hard. Corporal punishment is discouraged in EdoBEST schools while consequences are used as a measure to check undesirable behaviours.

At present, over 250,000 pupils have benefited from this new pedagogic direction and there are interesting result that show that EdoBEST is working.

Independent measuring tests used to examine fluency, literacy and numerical skills show that the children in EdoBEST are learning at about 70% of the rate of their counterparts in Europe and Asia. Therefore, while the average Nigerian pupil stands at 30 percent, those in Edo are steps ahead.
To further deepen penetration of the programme, in August 2018, over 7,000 teachers were trained to teach using the EdoBEST pedagogy. All participating teachers were given tablets (locally referred to as Teachers’ Computers).

Beginning from the inception of the programme, Head teachers were equipped with smartphones to mark teachers’ arrival and departure times daily thereby solving the problem of teacher absenteeism and lateness associated with many schools across Nigeria. This has helped to increase teachers’ attendance and punctuality in public schools.

Each day, the time of arrival of each teacher is recorded electronically from their tablets, throughout the day, as lessons are started and completed the time stamp is established.

To ease the work of teachers, lesson notes are sent to them directly through their tablets therefore, teachers focus more on the level of assimilation of pupils as they teach. “The teacher computer has helped me do my work better,” many teachers have been heard saying in Edo State in the last three years.

The teacher computer is also used to mark pupils attendance, input exam scores and get notices from the central office about policy, direction and other bits of information that are critical to success. At present, 11,365 teachers have been trained to teach using the EdoBEST pedagogy.

In January 2019, teaching at the right level (TaRL) was introduced to EdoBEST to improve the academic performance of pupils in reading and solving basic arithmetic problems. Pupils were made to learn in the grade levels suitable for them for two terms. After this period, pupils’ numeracy and literacy skills improved.

Despite the outbreak of Covid-19, EdoBEST found a way to continue educating pupils right from their homes. It was therefore not surprising that as at April 2021, EdoBEST produce several pupils that were able to read fluently, 189 words in one minute. As a reward, a deserving pupil, Miss Florence Patrick was made the chairperson of Edo SUBEB for a day!

Equally important, parents and guardian involvement in school activities has improved. One of the ways this has been achieved is through Open Day which was introduced to EdoBEST in July 2018.
Consequently, parents and guardians hear first-hand the area of strength of their children and wards as well as details of areas in need of improvement.

At the community level, the programme has also been proactive. A strong School Based Management Committee (SBMC) network was constituted to promote community stakeholders engagement with schools.
At first 103 Social Mobilisation Officers were trained and sent to communities to sensitise parents and guardians on the importance of education and the need to send their children and ward to school.

Significantly, within two years of the EdoBEST programme, enrolment into public primary schools across the state increased by 17%. Hence, Edo State has the least number of out of school children in Nigeria.

As a result of the success of EdoBEST, a new phase of the programme EdoBEST 2.0 was launched on the 28th of June 2021 to cater for other tiers of basic education. This new focus is commendable. Governor Obaseki is reputed to have said “if I have N100 to spend on education, I would spend N40 on basic education.” No wonder EdoBEST continues to rise.

Osasu is the PRO of Edo SUBEB

EdoBEST@Home: Progress in the right direction