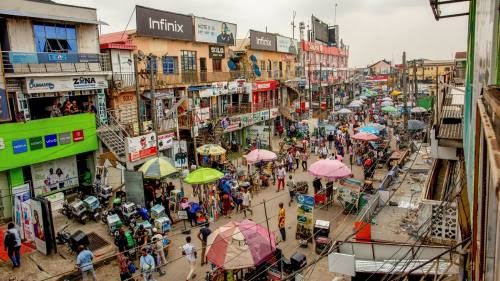 by Neil Munshi in Lagos

Businesses in Nigeria are at risk of double taxation as state and federal governments clash over the right to collect value added tax in Africa’s biggest economy, adding to uncertainty in a tough financial climate.

On September 10, Lagos governor Babajide Sanwo-Olu signed a law that allows Nigeria’s richest state, rather than the federal government, to collect VAT generated there.

The state, which is largely made up of the city of Lagos, accounts for roughly a third of Nigeria’s gross domestic product and is home to nearly every major Nigerian company and bank as well as most multinationals and the bulk of the country’s rich. Officials have long complained it pays out far more in taxes to central government than it receives.

A similar law passed in Rivers State, the centre of the country’s oil industry, is the subject of appeal and has been put on hold. Lagos has argued that this stay of execution does not apply to its law.

In a sign of the confusion for business, Rivers governor Nyesom Wike has threatened to shut down companies that don’t pay VAT locally while the federal government has requested that companies continue to pay the tax to it as usual.

“This whole controversy is creating confusion and uncertainty — it’s not good for business,” said Muda Yusuf, a consultant and ex-head of the Lagos Chamber of Commerce and Industry. “Everyone is worried about the prospect of double taxation . . .[and businesses worry they] may be subject to harassment from [federal] and state tax authorities.”

An executive at a foreign multinational that pays roughly $3.6m in VAT annually said: “Our problem is now we don’t know who to pay, so we’re just keeping the money. Because you know that if you pay to one [entity], you will never get it back [if the court rules it should go to another].”

VAT of 7.5 per cent is administered by the Federal Inland Revenue Service (Firs), which distributes 15 per cent of the money to the central government and the rest to the country’s 36 states, the federal capital Abuja and municipalities. Most receive more than they pay in, but Lagos gets about 15 per cent of the total, according to PwC.

The money raised from VAT accounts for roughly 30 per cent of the country’s tax haul: the levy contributed N1.53tn ($3.7bn) of N4.95tn in tax Nigeria collected in 2020, according to data from the National Bureau of Statistics. “Any redistribution would have significant implications for political stability and fiscal sustainability,” Accra-based consultancy Songhai Advisory said in a note on Wednesday.

The tussle over taxes is part of a long-running debate about deepening federalism in Nigeria. Advocates argue that greater autonomy for the states would reduce insecurity and corruption and allow them to focus on developing local economies.

Gbenga Omotosa, Lagos state commissioner of information, said the new law provided “equity” and “fiscal federalism” that would allow Nigeria’s economic engine to invest more in infrastructure — including roads, rail and ports — that would benefit the whole country.

“Over 70 per cent of traffic either by sea or by air into Nigeria is coming to Lagos, all the businesses are in Lagos,” he said. “Whatever you do in Lagos in terms of infrastructure, it has a way of affecting all parts of Nigeria — so if you improve roads in Lagos, you get goods faster in other parts of the country.”

SBM Intel, a Lagos-based consultancy, said that the Lagos move was an important step towards giving more fiscal power to the states, with others that also generated significant revenue likely to follow suit.

President Muhammadu Buhari
President Muhammadu Buhari wants the economy to be less dependent on oil, which provides about half of government revenues © Reuters
But Taiwo Oyedele, Africa tax lead at PwC, said it would only make doing business in Nigeria more complicated. “Nigeria’s tax system is in a very precarious state, and this is only going to make things worse,” he said. “It’s already complex, why make it more complicated?”

The administration of President Muhammadu Buhari has made it a priority to diversify the economy away from oil, which provides roughly half of government revenues and nearly all foreign exchange earnings. It has also sought to improve the business environment — its ranking on the World Bank ease of doing business list jumped 15 spots between 2019 and 2020, to 131 out of 190 countries.

But Nigeria remained a complicated place for businesses to operate, said Yusuf. “Already businesses are complaining about too many taxes, too many levies, too many fees to be paid,” he said. “Especially at a time when businesses are facing a whole lot of problems around the macroeconomic environment.”