Nigerian jet thought to have killed civilians in pursuit of militants 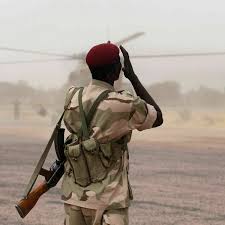 ABUJA – The Nigerian air force said on Thursday it may have killed and injured civilians while pursuing suspected Islamist insurgents in the northeast state of Yobe, in an incident that residents said left at least six people dead.

Nigeria’s northeast is the hotbed of two Islamist insurgencies: Boko Haram and Islamic State’s West African (ISWAP) branch, which split from the former group in 2016.

An air force spokesman said a fighter jet responded to intelligence on suspicious movements of suspected insurgents from either the Boko Haram group or ISWAP on Wednesday and fired “some probing shots”, killing and injuring civilians in the process.

“Unfortunately reports reaching Nigerian Air Force headquarters alleged that some civilians were erroneously killed while others were injured,” he said in a statement.