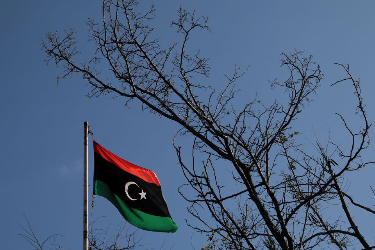 Though Libya’s political prospects remain uncertain, the deals are the latest sign of Egypt’s efforts to re-engage with Tripoli after years of siding with east Libya-based forces engaged in a conflict that split the country.

Libya was a major market for Egyptian firms and workers before uprisings in both countries in 2011.

The 14 memorandums of understanding, signed during a visit to Cairo by Libyan Prime Minister Abdulhamid Dbeibah, cover sectors ranging from industry and hydrocarbons to agriculture, communications, and civil aviation, according to a statement from Egypt’s Cabinet.

Project contracts signed between the Libyan government and prominent Egyptian companies include a ring road around the Libyan capital Tripoli, another road leading south to Jalu from the eastern town of Ajdabiya, and the construction and supply of two gas plants.

No detail was given on the value of the contracts.

Earlier, Dbeibah met Egyptian President Abdel Fattah al-Sisi, who affirmed Egypt’s desire for stability in Libya and offered support to help the country hold national elections planned for the end of the year, according to an Egyptian presidency statement.

On Tuesday, Sisi received Khalifa Haftar, the military commander based in eastern Libya who has been backed by Egypt and the United Arab Emirates but whose campaign to take Tripoli fell apart last year, as well as Agilah Saleh, the head of a parliament based in the east.

Both are seen as potential spoilers of the United Nations-backed plan to hold elections by the end of the year. Sisi called on them as well as Dbeibah to stick to the election timetable, two Egyptian intelligence sources said.

Egypt will face competition over commercial contracts in western Libya from Turkey, a regional rival which intervened militarily to help repel Haftar’s forces but is now trying to mend ties with Cairo.