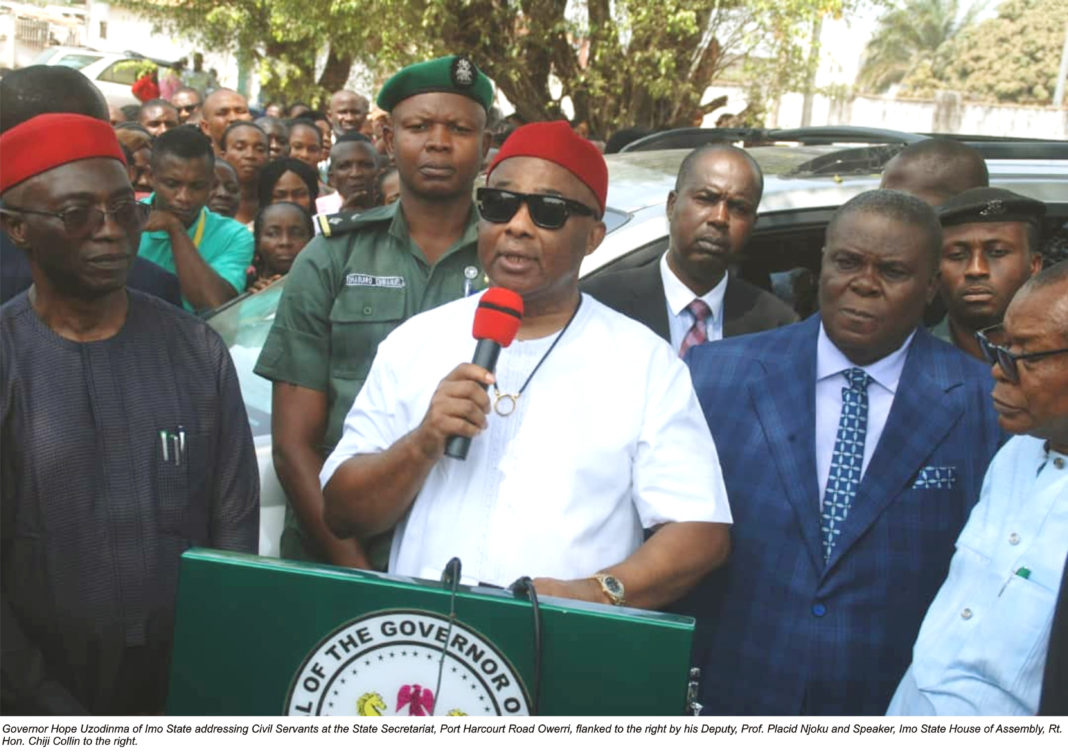 Residents of Imo State are full of appreciation to Governor Hope Uzodimma for the peaceful resolution of the recent face off between the government and petroleum marketers which has led to the return of fuel price at N165 per litre across the state.

Following the face off, oil marketers, particularly tankers’ drivers, embarked on strike that lasted for about one week, a situation that left residents buying a litre of fuel at N300 or more in the black market across the State.

During the strike, the tankers’ drivers vehemently refused to lift petroleum products to Imo State while the dealers were warned by their Union not to open their Filling Stations for businesses.

On Wednesday, September 15, 2021, Governor Uzodimma met with the leadership of the petroleum marketers and appealed to them to call off the action and start normal operations.

The Governor had proceeded to set up a 15- man committee, seven from the side of the government and eight from the Union of petroleum marketers to resolve the issues at stake once and for all.

After delibrating on the matters before them, both parties agreed that the strike should be called off, tankers’ drivers resume lifting of products immediately while the official cost of fuel

which is N165 per litre be restored.

Before the close of business on Wednesday most of the Filling Stations in the State had started to receive supply while their metres re-adjusted again to the normal N165 per litre.

On Thursday, all Filling Stations within Owerri capital territory and beyond were flung open to customers as the temporary queue that dotted them few days ago had disappeared.

” Congratulations to the Government of Imo State. Fuel is back to N165 per litre. I bought in Ogorpalm Filling Station, Afor Oru Mbaise 10 mins ago. It is a big relief,” a resident who identified herself simply as Thompson wrote on Thursday from Mbaise.

Also, another resident from Nkwerre in Orlu, Chief Nwosu Ekele thanked Governor Uzodimma for his intervention and pleaded that the peaceful resolution reached be sustained.

” Governor Uzodimma has shown that he will not allow the common man suffer unduly in our State. I must commend him for this timely intervention. Everybody knows that tankers’ drivers are always difficult to deal with.

That our Governor intervened and in one meeting alone the matter is resolved, we thank him,” wrote Mrs. Agnes Amadi from Emekeuku.