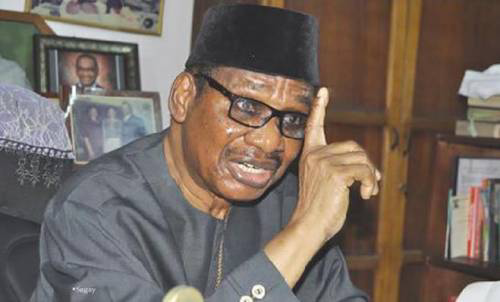 Prof. Itse Sagay (SAN), Chairman of the Presidential Advisory Committee Against Corruption (PACAC), has described the Director of Publicity and Advocacy of the Northern Elders’ Forum (NEF), Dr Hakeem Baba-Ahmed as a northern irredentist who should be ignored by every right thinking Nigerian.

Baba-Ahmed, while delivering a keynote address at the maiden Maitama Sule Leadership Lecture Series organised by the students wing of Coalition of Northern Groups (CNG) at the Ahmadu Bello University (ABU), Zaria, at the weekend had said heaven will not fall if a northerner is elected the next Nigerian President.

Maintaining that northerners are not second-class citizens, he said the north will not accept to serve as a second fiddle in 2023, when the region has the population to go to clinch the first position.

However, speaking in an interview with DAILY INDEPENDENT, Sagay said Baba-Ahmed is angry with the resolution of the Southern Governors that they will not support any political party that fields a northerner in the 2023 presidential election.

He said “Hakeem Baba-Ahmed has been speaking in tongues for the last two years, everybody is always wondering, where is this man going? I think he was so angered by the resolution of the Southern Governors that he now came clear in the open and spilled the beans that he has been hiding in his heart all along”.

“He is a northern irredentist and he has exposed himself. From now, nobody will take him seriously again because he is a lost case. He should just be ignored”