Banji Akintoye: North To Continue To Rule Nigeria Regardless Of Who’s President 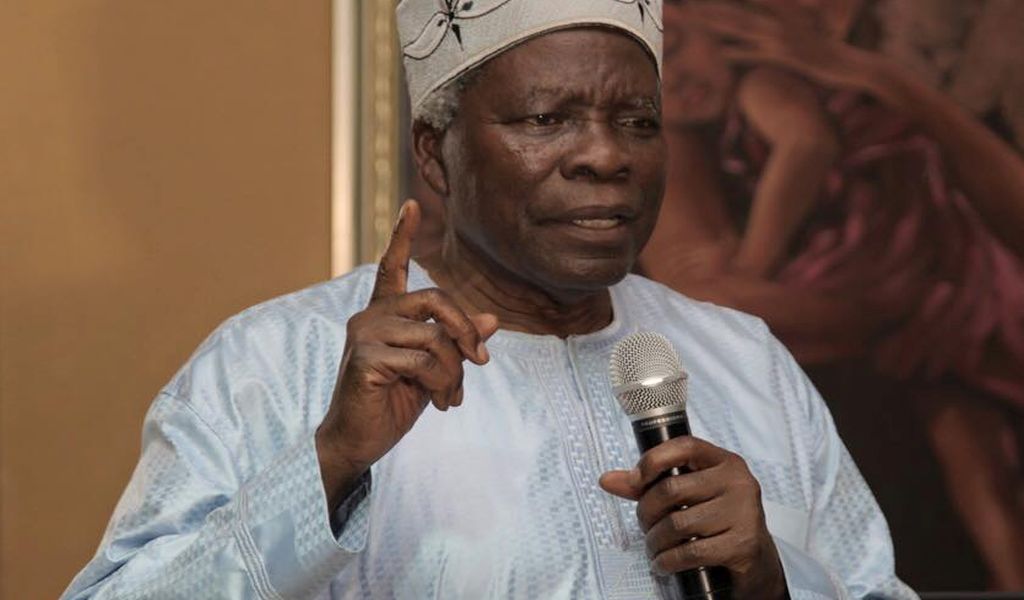 Banji Akintoye: North To Continue To Rule Nigeria Regardless Of Who’s President by treesun: 5:01pm
Yoruba Nation arrowhead, Prof Banji Akintoye, says the north will continue to rule and dominate Nigeria regardless of whoever is in power as President.

He spoke from Benin Republic in a PUNCH Live Interview on Tuesday.

Akintoye made the comments days after the Northern Elders Forum said the north would not play second fiddle in a nation where it clearly enjoys numerical strength to win presidential elections.

The PUNCH had earlier reported that NEF Director of Publicity and Advocacy, Dr. Hakeem Baba-Ahmed, at an event in Zaria on Saturday, said, “We will lead Nigeria the way we have led Nigeria before whether we are President or Vice President, we will lead Nigeria. We have the majority of the votes and democracy says vote whom you want.

“Why should we accept a second class position when we know we can buy a form and contest for first class and we will win?

“Why does anybody need to threaten us and intimidate us? We will get that power but be humble because power comes from God. We inherited leadership and being honest is not being stupid.

“The North has pride; we are humble enough to know that we are going to run Nigeria with other people but we are not going to pay a second fiddle to anybody. We may not have the most robust economy, there are people who are trying to strangulate us even more than we are being strangled.”

With the 2023 elections approaching, political permutations have been intense with many Nigerians including the 17 Southern governors demanding a President from Southern Nigeria to replace the incumbent, Major General Muhammadu Buhari (retd.), who is from Katsina State, North-West Nigeria.

Speaking on The PUNCH Online programme, 86-year-old Akintoye, a scholar and a Professor of History, said the north had always wanted to “conquer” the rest of the country.

Though he did not make any direct reference to the statement credited to the NEF spokesman, Akintoye said Nigeria is no longer a country because of the dominance of one ethnic group over others.

He said, “It has reached a time now that Nigeria is no longer a country. Why do I say this? There is no other country in the world where one section, one region says, ‘We are going to conquer the rest, we are going to subdue you, we will make ourselves the controllers of the resources of your land, we will treat you more or less like slaves’.”

Akintoye said though some Southerners including former Presidents Olusegun Obasanjo and Goodluck Jonathan had been in power since the return to democratic rule, they operated under the rulership of the north.

He said, “Whoever rules Nigeria rules in the context of a country that is owned and dominated by the north; by north, I mean the north-west.

“Under Obasanjo as President, the northern elite converted the north against the constitution of Nigeria into a separate Islamic state. Obasanjo could not do anything about it… That was a dangerous philosophy that was being foisted upon Nigeria and nobody did anything about it.

“Yes, Obasanjo is a beloved son of the Yoruba race, we love him but we know that he ruled in a situation when the President of Nigeria was beholding on to powers under the tables that the rest of us could not do anything about. Not to talk of (Vice President Yemi) Osinbajo.

“Osinbajo is one of the most educated men who have taken part in the governance of Nigeria, see the thing he is doing, is he doing them freewill?”

Akintoye, the leader of the umbrella body of the Yoruba self-determination group known as Ilana Omo Oodua, and the embattled Yoruba Nation agitator, Sunday Adeyemo, also known as Sunday Igboho, have been seen together at press conferences and rallies championing the cause to secede from the Nigerian state and establish a Yoruba Nation.

When asked why he is embarking on such a mission at his age, the octogenarian replied, “Yes, I am doing it at a late age but if I do not do this, I do not want to go to the grave with a feeling that a country I love and gave my life is dying in my presence and I just stay there until the power of God comes to take me home. No, I want to be able to say to myself that I fought a good fight and when I see Chief (Obafemi) Awolowo, I’d be sure that he would open his arms and welcome me as a good boy. I have to do this now.”

He also assured Yoruba Nation agitators that Igboho would soon regain his freedom from the authorities of the French-speaking West-African nation.

Igboho, who was earlier declared wanted by the Nigerian Government, has been in a detention facility in Cotonou, Benin Republic, since July 19, 2021 when he was arrested at an airport in the country.