Plateau/ Southern Kaduna People, Did We Make A Mistake By Welcoming Strangers? 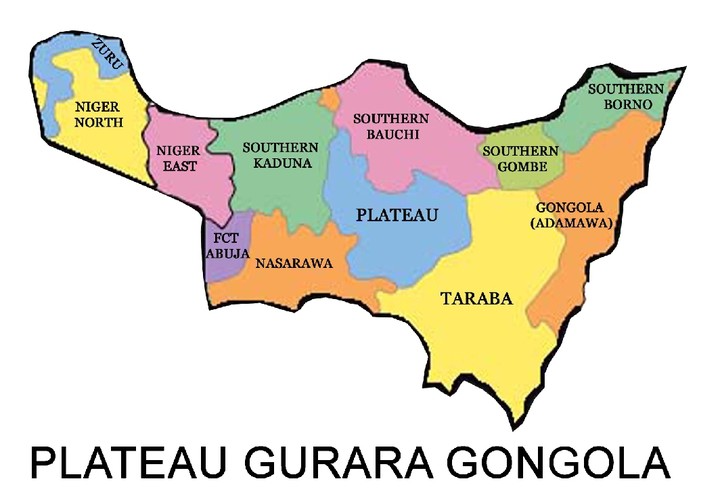 At the dawn of the colonial era around 1900, there were absolutely no to very few foreigners or settlers within present day Kaduna city, Jos, Kafanchan, Shendam, Mangu and most of the major towns/cities within Plateau and Southern Kaduna.

Based on colonial records, At the time the British consolidated their conquest of present day Nigeria, there were only some few Gbagyi speaking villages on both sides of the Kaduna river in the present location of Kaduna city.
While in the areas around Jos were settlements of the Anaguta (Naraguta) and neighbouring Afizere, Berom, Rukuba (Bache), Amo and Jere/Buji.
Before the 1900s, very little or nothing was known about present day Jos/Kaduna cities. In the case of Jos, there are few records and oral histories that talk about the defeat of the Emir Yakubu Bauchi and his Jihadist soldiers by a combined effort of Indigenous warriors of the Anaguta, Berom and Amo, when they (the jihadists) invaded the present day Jos area of the Plateau around the late 1800s.

From the early 1900s, Kaduna started growing as an urban center because it was made the capital of the new Northern protectorate (subsequently Northern region) by the British, due to it’s centralized location and easy navigation through the Kaduna river which drains directly into the Niger river.
Jos on the other hand began to grow due to the lucrative Tin mining industry that begun in the early 1900s.
Other towns like Kafanchan also grew because it was a very important railway junction that linked different parts of Nigeria, at a time when railway was the most common means of transportation.

These cities/towns started attracting people from all over Nigeria. Yorubas, Igbos, Hausas, Kanuris, Fulanis, Urhobos, Ibibios, Edos, Idomas, Igalas, Ebiras, Nupes, e.t.c came in large numbers.
In fact, at the time of the Independence of Nigeria, settlers and foreigners outnumbered the Indigenous people in both Kaduna and Jos towns.

Unlike in Kaduna city where the evolving settlements were very mixed in nature, with every ethnicity and religion being present in almost every neighborhood, Jos had a very different settlement pattern per neighborhood.
In the case of Jos, this happened because the labourers of the Tin mines formed their own ethnic communities and were sometimes settled by the British in different neighborhoods based on their arrivals.
It is a known fact that during the colonial era, the Indigenous people of the Jos-Plateau did not show much enthusiasm or interests in working on these Tin mines, hence foreign labourers had to be brought in by the British from other parts of colonial Nigeria.

The numbers of we the Plateau and Southern Kaduna Indigenous people started growing in Kaduna and Jos significantly after the colonial era especially when the first 12 states were created in the late 60s after the civil war.
At that time, thanks to the education that came with the missionaries, we had enough educated people to start filling up the new administrative positions that came with the new states, local government areas, districts e.t.c.

These cities/towns within Plateau and Southern Kaduna kept growing in large numbers and cosmopolitanism until series of Ethno-religious crisis started from the late 80s in Kafanchan and reached it’s peak from 2000 – 2010 within Jos and Kaduna cities.
These conflicts (which I prefer to call CLASH OF CIVILIZATIONS) ended up creating irreversible ethno-religious partitions between both Kaduna and Jos cities and elsewhere within other parts of the country.

Most Yorubas, Igbos, other Southern Nigerians and people from other parts of the Middlebelt region like Benue/ Kogi who have lived and are still living in these areas can truthfully and sincerely testify of the extreme liberal and kind nature of our people, from earlier times and even till date.

Before the conflicts began, and even till now, our people who are Indigenous to the areas around these cities were so generous to a fault.
They welcomed the ever expanding influx of foreigners into these cities/towns with so much kindess. Landed properties were given to these settlers at giveaway prices and many times even free of charge.
Food was insanely cheap and sometimes even given free of charge. This kindness even extended to our fathers freely giving their daughters for marriage to these settlers all in a bid to cement peaceful and harmonious living.
This kindness and simplicity on the part of our people made both cities continue to grow rapidly even after Independence when Kaduna ceased being regional capital and when Tin mining activities on the Jos Plateau fell.

In the case of Kaduna city with the Gbagyis, the ‘kindness and simplicity’ even became an object of ridicule and a stereotype till the late 90s.
People often said that Gbagyi Indigenes sold and gave away their lands in Kaduna to settlers while they relocated further into the interior villages as the cities expanded.
Now, this could be true, albeit not in the proportions of the stereotypes.
This is because most of we the Indigenous people of the PLATEAU- GURARA- GONGOLA area have never been a centralized urban loving and trading people. Our lives are tied to and revolve around our farmlands.
[This is with the exception of some of the Jukunoid groups and some other neighbouring groups around Taraba and the Upper Benue (Nasarawa and Plateau south) who developed an urban culture during the days of KWARARAFA]

Just as the ridicule with the Indigenous Gbagyi people of Kaduna city, more and different forms of ridicule and mockery have been thrown at us by people we accommodated. From the past when these ridicules were more subtle and joking to today, now more toxic on-your-face insults.
These settlers call us different unprintable names from LAZY PEOPLE to DRUNKARDS e.t.c.
Apart from these continuous demeaning and insulting words of contempt thrown at us, our people have suffered untold and unimaginable forms of killings, destruction of properties and setback, this time around by settlers mostly of Core northern extraction.

In places that our ancestors lived, tamed and controlled for thousands of years, with this urbanization, there are now NO-GO-AREAS for us within these cities, because apparently, those areas are now MUSLIM DOMINATED AREAS.
After the various crisis that rocked these cities, many of the Indigenous people of these cities had to abandon or forcefully sell their family houses located on ancestral family lands which have been passed down for generations.
In Kaduna city, with the Gbagyis, it was even worse, because most of them not only had had to sell family houses, they also abandoned or hurriedly sold off their farmlands towards some of the northern parts of Kaduna city at giveaway prices, because they could no longer access these places for fear of being killed or attacked.

As a people, we have so much rescources and tourism potentials, but both local and International Investors no longer consider our homelands as viable options because of the bad name that has been brought upon our homeland.

Recently, the university of Jos had to be abruptly shut down due to attacks of terrorists around the vicinity. Different states and local government areas of the country sent in vehicles to whisk away their students.

To the south of Kaduna city, students were kidnapped from Greenfield University by terrorists and some of them murdered. Now, this university is owned by a Southern Nigerian who saw it fit to invest in our region.
Considering this, I don’t think we can be able to convince another Southern Nigerian to come and invest in our region anymore, let alone us even thinking of marketing our region to the outside world.

Yes, we can say that these settlers have brought trade, commerce, innovation, capital e.t.c to our region, however when we juxtapose these benefits in the light of our current predicaments, it brings us back to the main question above.
OUR FATHERS’ DECISIONS TO WELCOME EVERY TOM, DICK AND HARRY, WAS IT A MISTAKE OR WAS IT WORTH IT?

If you are from Plateau/Southern Kaduna or other areas within the wider PLATEAU GURARA GONGOLA region and you can relate to the contents of this article, please feel free to SEARCH FOR, SHARE, LIKE and COMMENT on the Facebook page PLATEAU GURARA GONGOLA to show your support.
Your opinion on this subject is highly valued.

We must tell the world our story!!