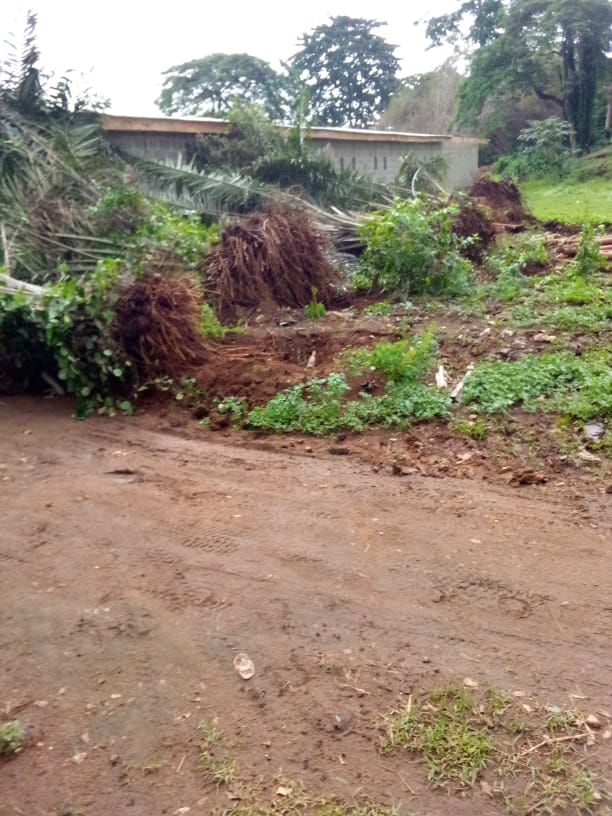 There was pandemonium in Lagos today as Saddle Club engaged in wanton disregard of the environment by felling trees even as the 76th UN General Assembly in New York continued to push an agenda for the protection of the environment in the midst of global warming.

“With horror and great shock I share this video. In the week of the UN conference where global warming is on the agenda. This is the saddle Club I minute from the seat of power in Lagos. 30-60 year old trees are being cut down,” a witness to the sad development said.

“They have moved bulldozer to the saddle club to uproot trees,” another witness said in dismay.

Trees are vital. As the biggest plants on the planet, they give us oxygen, store carbon, stabilise the soil and give life to the world’s wildlife. They also provide us with the materials for tools and shelter.

Unfortunately, the government of Lagos state has implemented half measures to protect trees while it continues to pride itself as a government that is committed to the environment.

A number of equally important trees have been hewed by in Ikoyi and other parts of Lagos in recent times without adequate response from the Babajide Sanwo-Olu government.

Environmental rights activities have continued to call on governor Sanwo-Olu to do more to protect the environment even as floods and other environmental issues continue to plague Lagos State.

“The governor has to do something to stop this unwarranted destruction,” a witness at the scene said.

The many hurdles of women farmers in Niger state