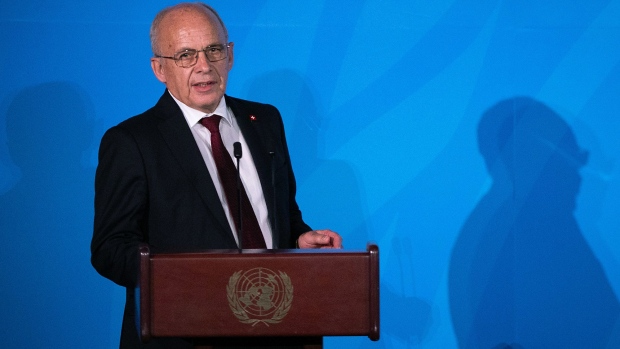 (Bloomberg) — Switzerland won’t be able to meet the implementation deadline of 2023 for the global minimum corporate tax, according to Finance Minister Ueli Maurer.

Switzerland has a federal system and its lawmaking process is at-time cumbersome.
Maurer told a conference in Bern that the Swiss would be informing their counterparts of the need for more time later this year and hoped to meet with understanding.

Group of 20 officials are aiming to finalize an agreement designed to help countries share the spoils from multinational firms like Facebook Inc. and Alphabet Inc.’s Google at a summit in late October.

The other half of the tax agreement would establish a global minimum tax of at least 15% on corporate profits.

The Organization for Economic Cooperation and Development, which is overseeing the global talks among about 140 nations, says implementation would be possible as soon as 2023.