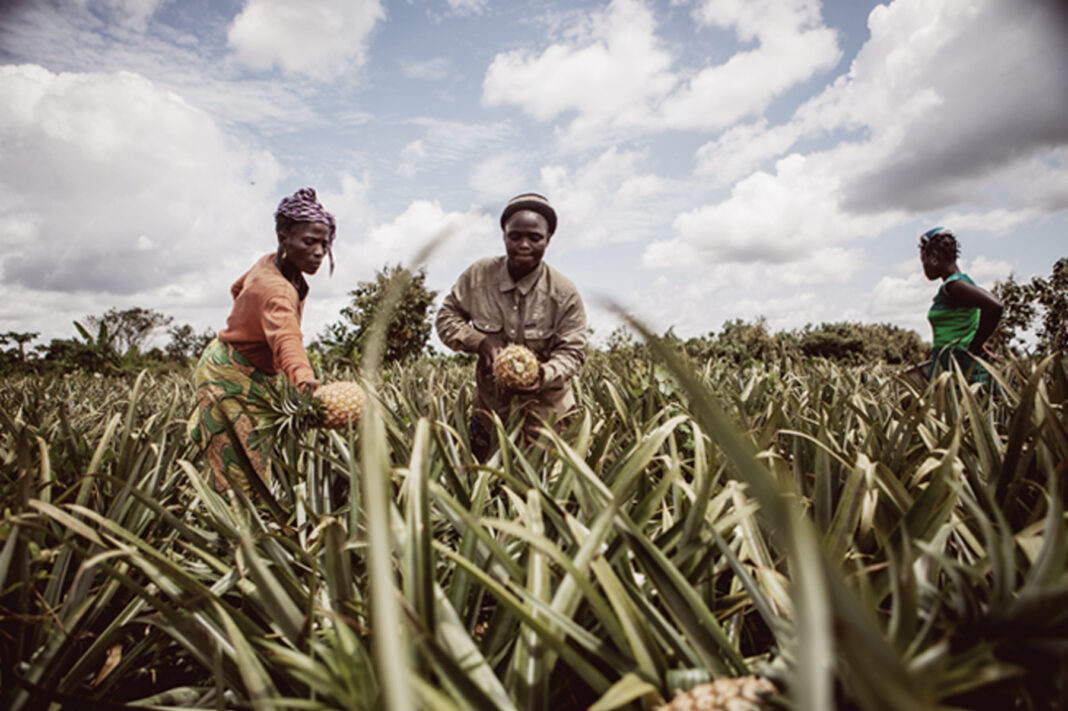 By Olayinka Olawale
Lagos, Oct. 5, 2021 (NAN) The Lagos State Governments says concerted efforts and increased investments are needed in the agricultural sector to improve food production, food security and bridge the supply gap in the state .
The State Commissioner for Agriculture, Ms Abisola Olusanya, stated this on Tuesday at a news conference to highlight activities lined up for the year 2021 World Food Day celebration in the state.
Olusanya noted that Lagos presently produced about 20 per cent of its total food demand, leaving a gap of 80 per cent to be imported from other states and abroad.
She said that new policies that would foster the sustainable production of affordable nutritious foods and promote farmers’ participation were being adopted.
She said that the policies were expected to promote equality and learning, drive innovation, boost rural incomes, offer safety nets to smallholder farmers and build climate resistance.
She added that multiple linkages among areas affecting food systems including health, education, energy, finance, social protection among other would also be reconsidered with a view to making solutions fit together.
She noted that the state government was working towards deploying technologies that would enable farmers farm all-year-round to achieve food security and boost self-sufficiency in the state and across the country.
Olusanya noted that the all-year-farming season would enable the state to attain its desired sustainable agri-food systems.
The commissioner noted that the COVID-19 pandemic had underlined the need for an urgent change of the route for the attainment of food security and safety; bearing in mind the changes and effects it had on agriculture.
“This is what makes a sustainable agri-food system.
“This year has been an exceptional year with the world trying to recover from the COVID-19 global pandemic which ravaged the world last year.
“Suffice it to say that the food we eat and the way we eat it affect our health and that of our planet and in return, has a direct impact on the way agri-food systems work.
“The way we produce and consume food exacts a heavy toll on our planet, putting unnecessary pressure on natural resources, the environment and climate. Food production often degrades or destroys natural habitats and contributes to species extinction.
“Reflecting on the pandemic and taking into cognisance the change and the effect it has had on agriculture and our social life, this administration under Gov. Babajide Sanwo-Olu is focusing intensely on the various technologies that will enable farmers to farm all-year-round.
“All-year-round farming will enable them provide food security and safety in Lagos state and Nigeria as a whole,” Olusanya noted.
She said that the theme for this year’s World Food Day celebration is: “Our Actions are our Future: Better Production, Better Nutrition, a Better Environment and a Better Life”.
According to Olusanya, the theme is apt as its focuses on the efforts being made by the state government in ensuring that a variety of sufficient, nutritious and safe foods are available at affordable prices to everyone..
Olusanya said that the World Food Day is celebrated worldwide every year on the Oct. 16 to commemorate the founding of the Food and Agriculture Organization (FAO) of the United Nations in 1945.
She added that the day had since been widely recognised by many other organisations concerned with food security such as the International Fund for Agricultural Development (IFAD) and the World Food Programme (WFP) among others.
“All member countries of the FAO including Nigeria annually participate in the events which focus primarily on the state of food security, raising awareness on the issues behind poverty and hunger as well as the efforts of different sectors to meet its challenges,” she said.
The commissioner listed activities lined up to commemorate the day in the state to include a Road Walk/Sensitisation; an Interactive Farmers’ Forum; Ofada Rice Day Symposium; School Agric Quiz Competition and the grand finale on October 16, 2021.