Tinubu In London: Leaders And Dealers! By Ozodinukwe Okenwa 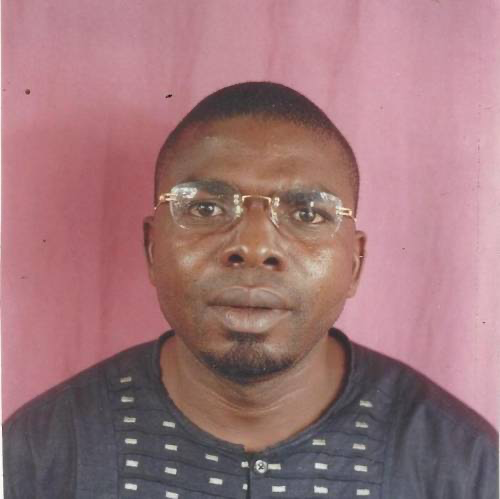 The great city of London means different things to different people around the world.

To the British Buckingham Palace and 10 Downing Street are located some miles or kilometres from their neighbourhoods. It is the imperial capital of the Elizabethan crown, a glamorous royalty centuries old.

To the average Frenchman, German, Italian or Spanish however London is that capital of a hitherto European country that voted, via Brexit, to become a non-European entity.

To those countries colonized in Africa (including our Nigeria) London represents the very face of colonial oppression and man’s inhumanity to man.

For many Nigerians London is that glittering city of the Big Ben, double-decker red buses and River Thames where President Muhammadu Buhari often goes for his occasional exorbitant medical tourism.

Thousands of Nigerians elect London as home working and living in the cosmopolitan city where security of lives and properties are surely guaranteed (with PM Boris Johnson well aware that that constitutes the primary purpose, if not the very essence, of governance).

Unlike Abuja, Lagos, Enugu, Port Harcourt or Kaduna where life is short, brutish and nasty London offers paradisiacal outlook rich in culture, cuisine, diversity and cross-fertilization of ideas! Democracy works for the people and dividends of same are seen in everyday life.

Besides, London represents another thing for many Nigerians at home and abroad. It is home to three top Premier League soccer teams — Chelsea, Tottenham and Arsenal.

Many Nigerians are fans of these great English clubs and every weekend they make their days or break their ‘hearts’ depending on how good or bad they play.

Even the richest man in Africa, Aliko Dangote, our compatriot, is said to be interested in buying up Arsenal!

The former Lagos State Governor and National Leader of the ruling All Progressives Congress, Asiwaju Bola Ahmed Tinubu, (BAT), has been sojourning in London for quite some months now.

Following series of surgeries he underwent reportedly in the United States Tinubu has been recuperating in the British capital. And his presence there has somewhat turned London into a Mecca of some sort for some Nigerian politicians.

Every political Tom, Dick and Harry are trooping there to see the godfather and wish him well. Of course the level of solidarity he had received thus far demonstrated his political capacity, sagacity and leadership.

President Muhammadu Buhari was the first to drop by to wish Asiwaju soonest recovery the last time he went visiting London for his routine medical needs. Since then we have lost count of those that had visited.

From Governor Babajide Sanwo-Olu to Governors Kayode Fayemi, Ibikunle Amosun, Rotimi Akeredolu, Abdullahi Ganduje; from the former Governor of Ogun State, Ibikunle Amosun to the Speaker of the House of Representatives, Femi Gbajabiamila.

From Gov. Sanwo-Olu aides or Tinubu boys in Lagos to the top Fuji musician Wasiu Ayinde.

Recently a high-powered delegation comprising some members of the Northern Caucus in the House of Representatives, led by Deputy Speaker, Ahmed Wase were in London to see Tinubu.

The APC Chieftain told them that he was currently undergoing a ‘gruesome’ physiotherapy. And even a member of the delegation had the effrontery to call Tinubu “Mr President”!

The only one we have not heard or seen visiting the ailing Tinubu remains the former Lagos state Governor and estranged godson, Akinwumi Ambode. Ambode may not join the queue for obvious reasons.

He had desperately wanted to do a second consecutive term as Governor but the omnipotent godfather said otherwise and so it was. He fell!

Asiwaju Tinubu has not officially declared his intention expressly to contest the presidency come 2023 but his body language gives the ambition away as a possibility. He would of course be very happy to succeed Buhari whom he helped put to power twice.

Instead of glory he may harvest bitterness in the end given Buhari’s presidential failures and his lack of commitment to the Tinubu presidential kite.

In our reckoning Asiwaju Tinubu may make a good President, indeed a better President than the incumbent fumbling bumbling one. But the snag lies in his state of health. Ex-President Obasanjo had foisted the then ailing late Musa Yar’Adua on us and the Katsina man died in office raising a whole lot of constitutional ripples.

The current President is nothing to write home about in terms of sound health and sound administrative competence.

But given Tinubu’s stellar performance as Lagos State Governor he could perform very well saddled with the responsibility of presiding over our chaotic national affairs.

He is said to be irredeemably corrupt, he is alleged to have cornered a huge chunk of Lagos resources by continuously planting his surrogates in power in Alausa, Ikeja yet the truth of the matter is that BAT’s staying power is not given to every politician in Nigeria.

The political pilgrimage to London lately may not be unconnected to the permutations and strategies toward 2023. Tinubu might be using his medical sojourn in London to measure both his popularity and acceptability across the board.

Asiwaju BAT may be damn good a politician, rich, audacious, shrewd, brilliant, organized and experienced but his health status could be a stumbling block to his presidential ambition.

Besides, if power must shift to the south post-Buharism then the Igbos should be supported to produce a President for once in our generation. Justice, equity and fairness call for it.

Asiwaju Tinubu could as well be basking in the euphoria of being a President-in-waiting in his London abode. Yet when 2023 eventually comes he may discover to his chagrin that Nigerians are fed up with his type of dealers parading themselves as leaders!

Prodigals Use African Wealth To Enriched Other Continents