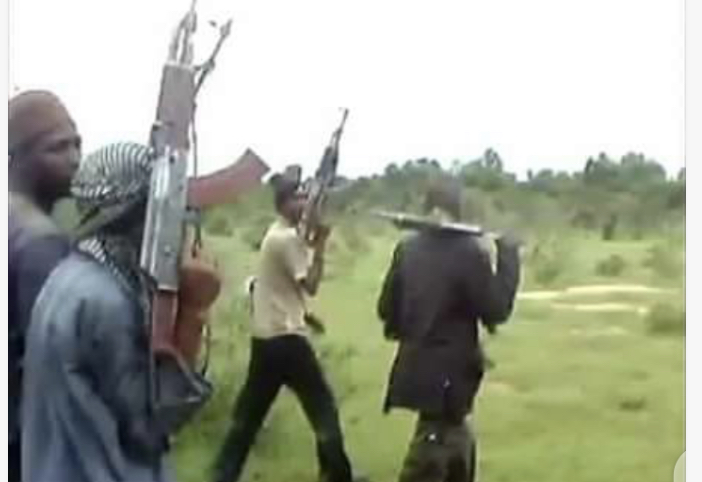 No fewer than 50 gunmen invaded the Nasarawa State Local Government Service Commission, making away with a safe box full of valuables, and an AK-47 rifle belonging to an officer of the Nigeria Security and Civil Defence Corps (NSCDC).

Sun reports that the Permanent Secretary of the Commission, Rammatu Julde, disclosed this on Tuesday in Lafia, the state capital.

Julde said the gunmen stormed the premises in the early hours of Monday at 2am, gained access through the main gate linking the offices of the Local Government Commission and the Civil Service Commission, and operated without intervention by security agencies.

“They launched the attack in the early hours of Monday at exactly 2am. During the operation, they tied down two officers of the Nigeria Security and Civil Defence Corps who were guarding the premises with a rope and collected one AK-47 rifle in their possession,” Julde reported.

“They also attempted to take away our 150 KVA generator, but they could not succeed; however, they took away the safe box where valuable documents of the Commission were kept. We are presently doing stock-taking to know what other items were carted away,” she added.

The Commission’s secretary clarified that no life was lost during the attack but appealed to the NSCDC to carry out a detailed investigation into the incident in order to be sure that there was no conspiracy between its officers and the unidentified gunmen.

Reacting, Public Relations Officer of the NSCDC Jerry Victor, explained that, “The gunmen launched an attack on the premises on Monday morning and unfortunately carried out their plans without any hindrance.

“Two of our officers who were securing the premises were tied down with ropes and they collected e Ak-47 rifle from them. The officers have been detained at our Command headquarters here in Lafia and investigation is currently ongoing.”

The incident occurred three months after a group of armed men raided the State Ministry of Finance, Budget and Planning in Lafia, making away with cash, also without interventions by authorities.