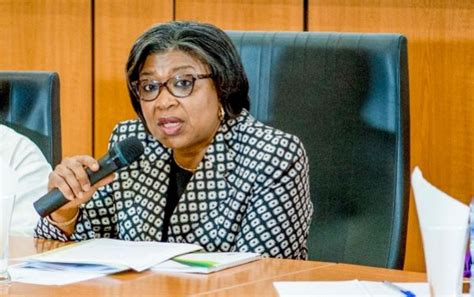 The Federal Government is considering a return to the Eurobonds market for the balance of its $6.1bn external borrowing after it successfully raised $4bn in September.

The Director-General of the Debt Management Office, Mrs Patience Oniha, gave the hint during an interview in London obtained by our correspondent on Thursday. Oniha said the international investors had shown interest in engaging the government after a global investors meeting and roadshow, as they were still optimistic about the country’s credit status.

She said, “One of the questions that kept coming up was the balance of the new external borrowing for 2021, which is about $6.1bn.

“We are going to have a meeting with our transaction parties after this engagement if we will come back to the market for the balance.

“We need to assess the market to understand how to proceed. We remain confident international investors find our credit story enticing enough.”

The Director-General of the Budget Office, Ben Akabueze, in a separate interview said though investors were concerned about debt sustainability, the Federal Government had given an assurance on that.

He said, “The major concern is the debt service to revenue ratio and we are working around improving the revenue generation.”

Akabueze added that FG’s ambition was to raise tax revenue to GDP ratio from nine per cent of GDP to 15 per cent by 2025.

FGN Bonds Yields Rise for Most Maturities amid Renewed Sell-Pressure…