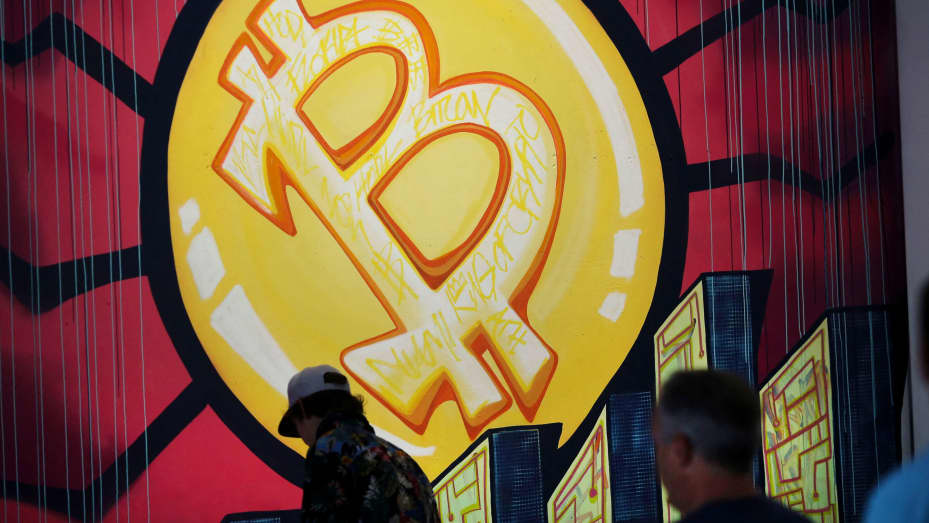 Bitcoin surged above $60,000 Friday for the first time since April.

Traders are optimistic about the chances of the SEC giving the green light to the first bitcoin futures exchange-traded fund.

Approval of an ETF that gives mainstream investors exposure to bitcoin would be a landmark for the crypto industry.

The world’s biggest cryptocurrency jumped more than 8% to $62,307, according to Coin Metrics, notching its highest level since Apr. 17.

The Securities and Exchange Commission is set to allow the first U.S. bitcoin futures exchange-traded funds to start trading next week, a landmark victory for a cryptocurrency industry that has long sought permissions from Wall Street’s top regulator, according to a person familiar with the matter.

Specifically, the person said the SEC isn’t likely to block the ETFs proposed by ProShares and Invesco, which are based on futures contracts and were filed under mutual fund guidelines that SEC Chairman Gary Gensler thinks offer investors significant protection.

The ProShares Bitcoin Strategy ETF is scheduled to debut at the New York Stock Exchange on Tuesday, and experts believe the SEC unlikely to object to the product.

The CME bitcoin futures contract for October was last trading at $60,570, up about 4%.

Approval of an ETF that gives mainstream investors exposure to bitcoin would be a landmark for the crypto industry, which has long been pushing for greater acceptance of digital assets on Wall Street.

“The ETF news is being priced in with the market expecting an approval on Monday. This is driving the price up,” Vijay Ayyar, head of Asia Pacific at cryptocurrency exchange Luno, told CNBC.

However, Ayyar cautioned that a rejection of ProShares’ product could send bitcoin sharply lower.

Mikkel Morch, executive director at digital asset hedge fund ARK36, said bitcoin could rally above its near-$65,000 all-time high from April, but warned the cryptocurrency may subsequently undergo a “short-term pullback.”

“Investors should be aware that the hopes for a sustained rally above the $60K barrier and further through the previous all-time high may as well turn into ‘buy the rumour, sell the news’ scenario,” Morch said.

WATCH NOW
VIDEO03:24
Tom Lee doubles down on $100k year-end price target for bitcoin
Not all cryptocurrencies got a boost from the ETF news Friday. Ether, the second-largest coin, rose 0.5% to $3,804 on spot exchanges. However, XRP and ada were both down about 2%.

Bitcoin and other cryptocurrencies have been on a wild ride this year. The number one digital coin hit an all-time high above $64,000 in April, before slumping sharply on the back of a crackdown on the crypto market in China. It’s since staged a comeback and has more than doubled in price so far this year.

Regulators have been taking a tougher line on crypto this year, as interest from investors has surged. The industry has been putting up a fight though, with Coinbase on Thursday calling on the U.S. to create a new regulator to oversee digital assets.

“When something in the financial system is growing very fast, and growing in largely unregulated space, financial stability authorities have to sit up and take notice,” Cunliffe said in a speech Wednesday.