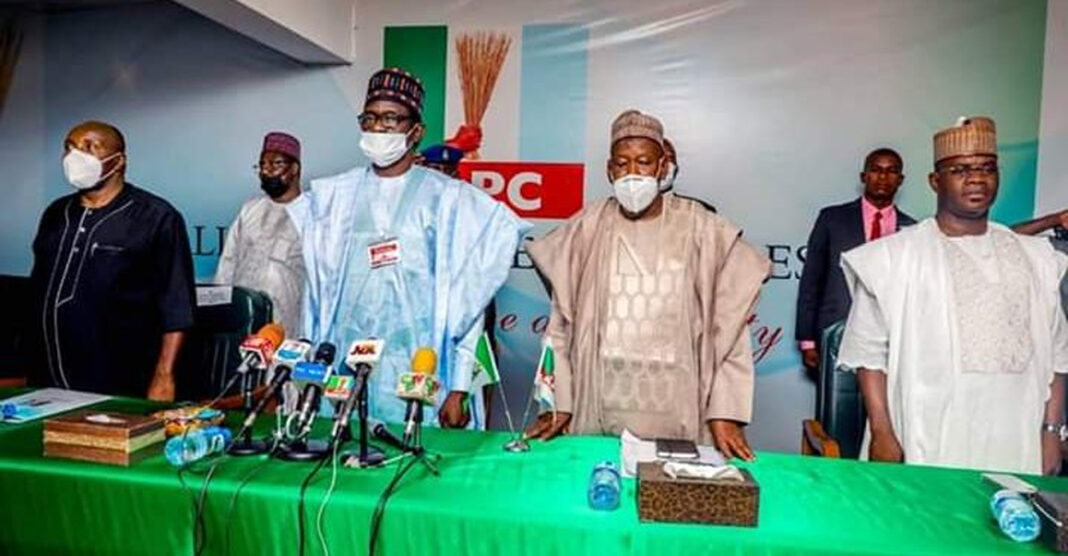 The Caretaker Extra-ordinary Convention Planning Committee (CECPC) of the ruling All Progressives Congress (APC) has suspended the ongoing State Congress in Oyo state due to alleged forging of documents meant for the exercise and other irregularities.

He has also directed the State Congress Committee to return to Abuja for further directives.

An impeccable source in the National Secretariat of the party on Saturday morning in Abuja said the suspension became necessary to ensure the credibility of the process leading to the emergence of new leaders in the Oyo State.
Pointblanknews.com gathered that the decision to this effect was in line with the Buni-led Caretaker Committee resolve not to tolerate acts of indiscipline and fraudulent manipulation of the process of any kind.

“It has become necessary to suspend the ongoing State Congress exercise in Oyo state due to information regarding the forging of documents meant to conduct this exercise.

“The national chairman has ordered the Oyo state Congress Committee to return to the National Secretariat for further briefing,” our source hinted.

Efforts to reach APC Caretaker Committee Secretary, Senator John James Akpanudoedehe, failed as he did not pick calls and text messages sent to him.