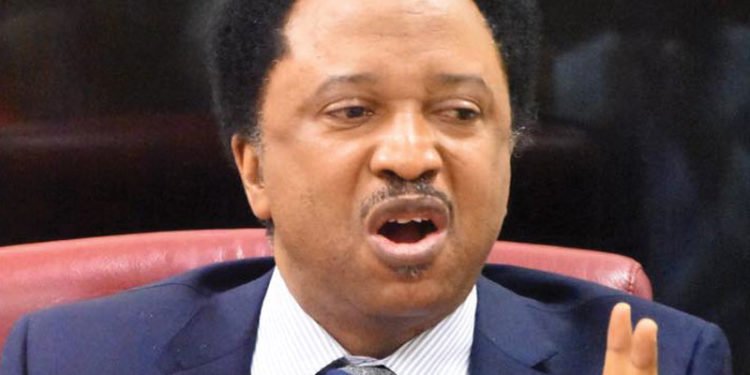 Former senator representing Kaduna Central, Shehu Sani has said that zoning must be written in the constitution to sustain Nigeria.
Sani said this during an interview on Channels Television, stating that the principles of fairness and equity must be incorporated to ensure that no part of the country dominates another.
He said, “I think to solve this problem, this needs to be clearly stated in our constitution and it should be written in the language that there would be no interpretation whether it is Igbo, Hausa, Yoruba and Ijaw,

“If we are going to sustain this country, we need equity, justice, fairness and fair play and ensure that one part of the country does not dominate power for a long time.

“But it cannot be done on the altar of threat and intimidation. These are issues that can be resolved between the political elites in the north and the south on a table for the unity and peace of Nigeria.”

Amidst concerns that the presidency might fall to incompetent hands because of power rotation, Sani said Nigeria can have both zoning and competence as the yardstick in deciding who will be president in 2023 while adding that all parts of the country are blessed with competent leaders.
He said, “Well, we can have both. All parts of Nigeria are blessed with competent leaders that can stir the ship of the Nigerian state for progress,

“As far as I’m concerned, I come from the part of the country that is virtually under the siege of terrorists and bandits. As I’m speaking to you now, it is difficult for me to move one kilometre outside of my own city without getting into the hands of terrorists.

“For me and my people, I believe that whoever is going to lead this country and provide security, protect our people, guarantee the safety of our people and family, we will welcome him.

“But if we look at the problems we face as a country today, the separatist agitation, the nepotism, the crises, the violence, and bloodshed, I think the rotation of power will address a number of issues,” he added.