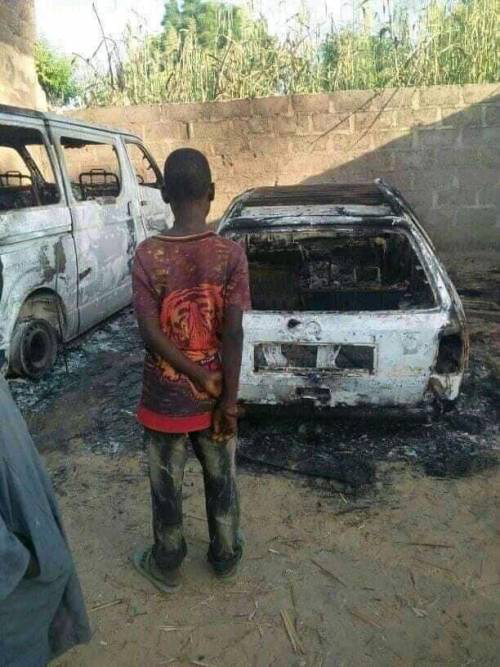 At least 49 persons have been killed after gunmen invaded a market at Goronyo town in the Goronyo local government area of Sokoto State.

One of the villagers told SaharaReporters that residents have fled the community following the insecurity in the area. He noted that gunmen rounded up villagers in the market and opened fire on them.

He said: “Gunmen on Sunday evening killed at least 49 at Goronyo town of Sokoto State.

“The incident happened yesterday evening on the market day of the town. The gunmen rounded up people in the market while it was full of activities and started opening fire randomly. The town is now deserted.”

SaharaReporters had reported that the assailants attacked the market in large numbers on Sunday night, shooting sporadically and killing several persons.

In the past two weeks, bandits have launched attacks on a village market in Sokoto.

Earlier this month, at least 19 traders were killed by bandits who raided a weekly market at Unguwan Lalle in the Sabon Birni Local Government Area of Sokoto State.

The attack also left several others injured, the majority of whom were taken for treatment at the General Hospital, Sabon Birni.

Unguwan Lalle, a community located along Goronyo-Sabon Birni Road, has suffered a series of bandits’ attacks in recent months.

Five soldiers who were on a rescue mission in the area were ambushed and killed by bandits a few months ago. A resident had said the attack happened during market hours.

For several weeks, troops have been conducting air and ground operations on bandit camps in neighbouring Zamfara state where authorities have shut down telecom services to disrupt communication between the gangs.

Bandits fleeing the military operation in Zamfara have set up camps in the Sabon Birni district from where they raid villages.

The influx of bandits from neighbouring Zamfara state prompted authorities in Sokoto to suspend weekly markets and shut down telecom towers in areas on the border with Zamfara, including Sabon Birni.

Last week, some youths of Goronyo town in the Goronyo local government area of Sokoto State flooded the streets to protest against the abysmal level of insecurity in the area.

A source said the youths were demonstrating against the insecurity in the area, which had forced many residents to flee the town.

He said, “Protest is going on at Goronyo town in Sokoto State. The youths took to the streets protesting rampant insecurity that is forcing people to flee the town. The protest is currently ongoing.”

Photos obtained by SaharaReporters show roadblocks and burning tyres as the youths expressed their displeasure with killings and kidnappings going on unchecked in their area.

Sokoto is one of the states ravaged by insecurity in the North, a situation that has worsened under President Muhammadu Buhari-led government. Just recently, the state government ordered the shutdown of telecommunications services in some parts of the state to curb the prevailing banditry in the state.

Meanwhile, some bandits operating in the Eastern Senatorial District of the state recently resorted to writing letters to reach out to families of their victims to demand ransoms.

A source, who was privy to the bandits’ new antics in Sokoto, said a letter was written to a traditional ruler in Burkusuma, demanding a ransom to secure the release of 20 persons kidnapped from two communities in the Sabon Birni Local Government Area.